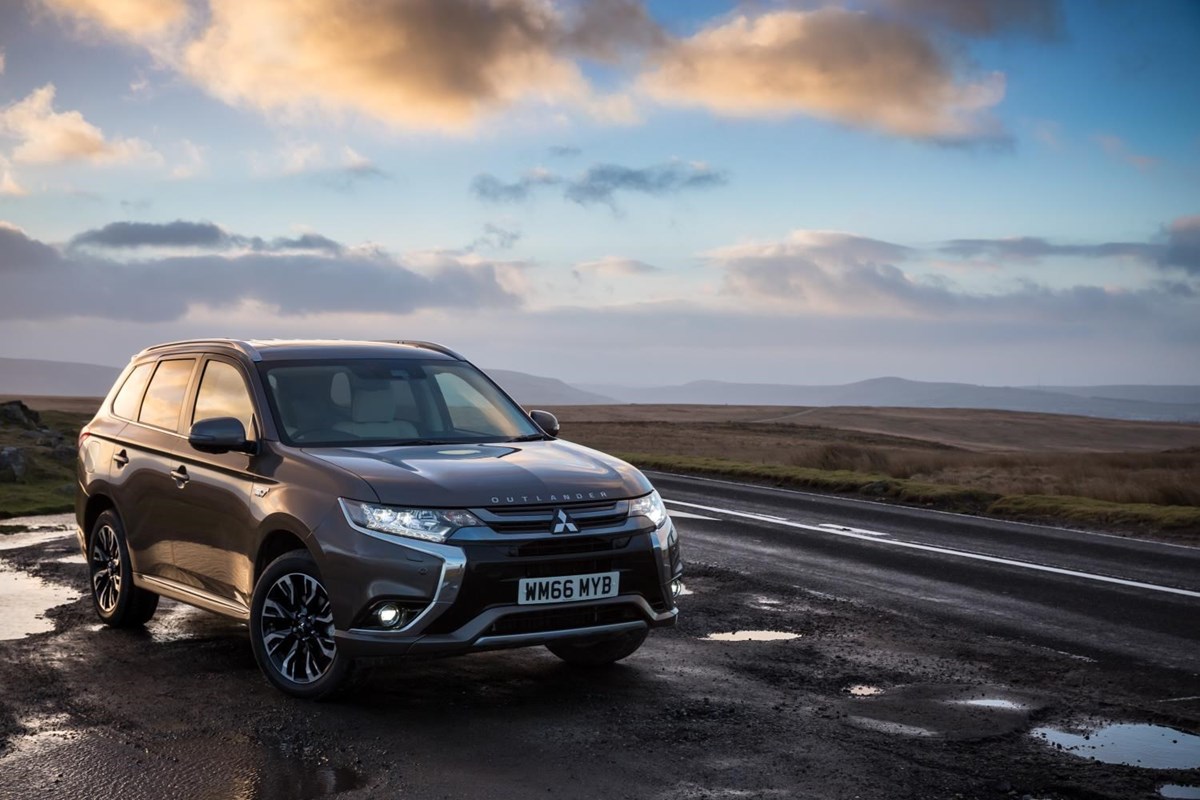 After giving its smash-hit plug-in hybrid SUV an extensive facelift little more than 12 months ago, it’s no surprise Mitsubishi decided the latest Mitsubishi Outlander PHEV would remain almost identical in looks to its predecessor.

But that’s not the case elsewhere in the vehicle which is the Japanese firm’s top-selling model here, enjoying the lion’s share of sales in the expanding sector for ultra-low emissions transport. Thanks to further technical advances, the luxury all-drive car now has a greater EV range, comes with lower tailpipe gases and has higher operating economy.

Fleets have accounted for half of the 26,600 examples of the PHEV that have been sold in the UK since the model was launched in 2014 and Mitsubishi Motors UK sales and marketing director Toby Marshall is confident the upgrades will maintain its market-leading position.

“PHEV sales are split equally between fleet and retail and we see no reason for this to change after the new VED rules come into force in April because the £10 year-one charge on models under £40,000 still represents a saving over higher emitting vehicles and the benefits to business users continue to be significant,” Marshall says.

“Our new pure electric range of 33 miles is considerably ahead of the UK average daily travel of 21.6 miles and is the best that’s available. We’re also offering faster charging – up to 80% in 25 minutes – so the reasons for choosing plug-in transport are growing even stronger,” he told Fleet News.

An emissions figure of 41g/km equates to average theoretical economy of 166mpg from the 2.0-litre petrol-electric hybrid – a 6.4% improvement – but more significant real-world operating benefits are likely to come from a novel steering paddle switch arrangement that allows drivers to adjust the level of regenerative braking and alter the amount of ‘free’ energy that can be fed back into the battery.

A 10% lift in battery drive output gives the latest model a more lively demeanour and improved acceleration from the front and rear electric motors in zero emissions mode while an electronic handbrake with an auto hold function adds to driving refinement in the car.

Diesel-driven versions of the Outlander share many upgrades with the PHEV and extensive noise reduction measures help the cars offer more subdued cruising. An increase in padded surfaces and softer-touch finishes promotes a more upmarket environment to go with seven-seat practicality and the ability to swallow 1,608-litres of cargo with middle and rear seats folded flat.