""There are more frugal crossovers to choose from but if you need off-road competence and strong towing ability there is little else in the sector that ticks the boxes."" 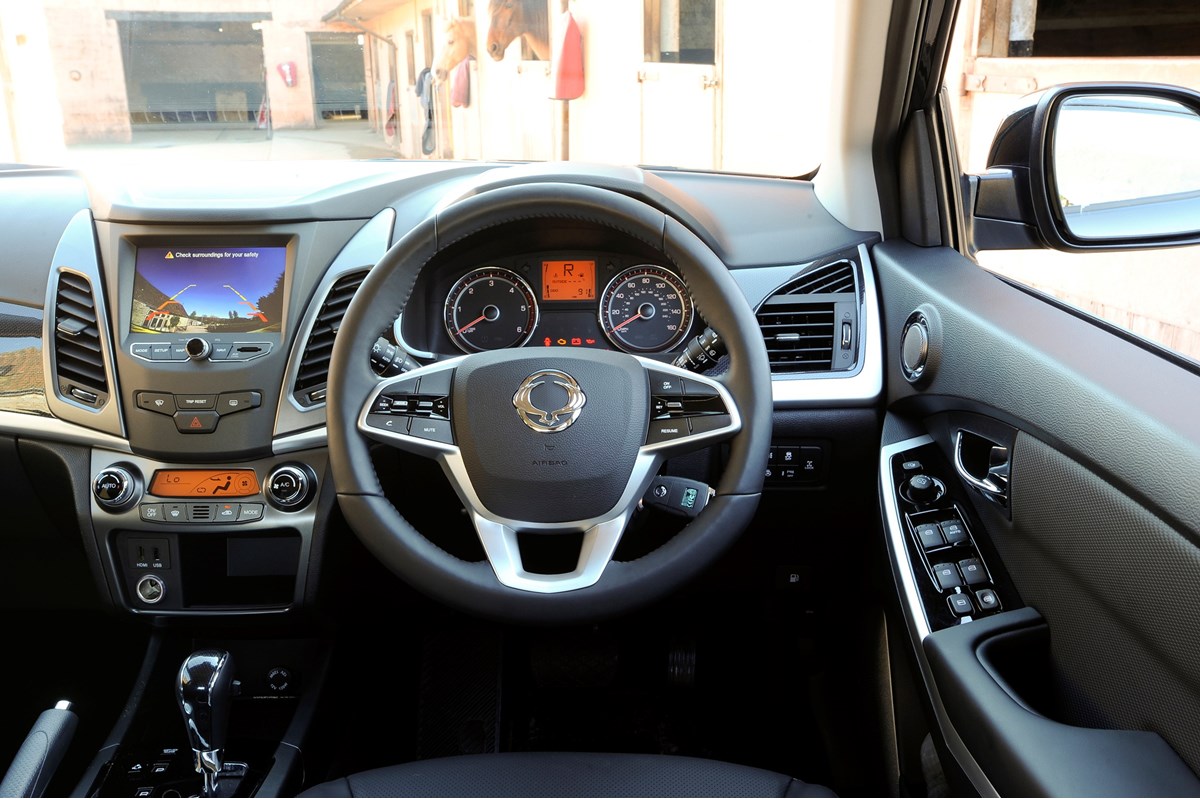 SsangYong has given the Korando SUV a second facelift in the space of three years, upping standard equipment and improving its visual appeal.

The Korando’s Giugiaro-designed body is largely unchanged. Its front end has undergone a minor overhaul getting a new grille and headlight combo and the daytime running lights have been relocated to the bottom of the bumper, surrounding new fog lights.

The changes help to bring the Korando in-line with the family face seen on the Tivoli and upcoming Rexton.

Power comes courtesy of a 2.2-litre diesel engine which develops a healthy 178PS and 400Nm. The powertrain gives the car serious towing credentials with a max-trailer weight of two tonnes.

Elsewhere in the sector, smaller engine crossovers offer greater economy than the Korando’s claimed 53.3mpg but lack the towing capacity. For a company car driver the emissions figure of 139g/km may be a turn-off, but, considering the starting price in BIK calculations, the Korando costs significantly less in tax than most of its spec-for-spec rivals.

Adding four-wheel drive bumps the CO2 to 152g/km which puts company car tax at around £1,300 per year, while base models attract a reasonable £949.

There are more frugal crossovers to choose from but if you need off-road competence and strong towing ability there is little else in the sector that ticks the boxes.

Fleet managers considering putting the Korando on their choice lists should first consider the Equa MPG Index, available on the Fleet News website, which suggests the car will only achieve between 35 and 40mpg. VED is also high in the first year (up to £500) due to the emissions.

Inside there is plenty of interior space and considerable legroom for all passengers. The boot floor is almost completely flat and there is up to 1,312 litres of space when the seats are folded.

Our high-spec ELX test car was comfortable and felt relatively well made, considering the car’s price point. You can’t expect Audi levels of refinement in a vehicle that costs supermini money.

It’s on the road that the Korando’s low price begins to make more sense. The steering is dull and unresponsive and, despite its power reserves, the engine delivers little to justify its fuel bills.

It’s not all bad though. The gearbox is slick and visibility is good. On our test route we found the ride to be acceptable too. However, body roll is noticeable on twisty country lanes.