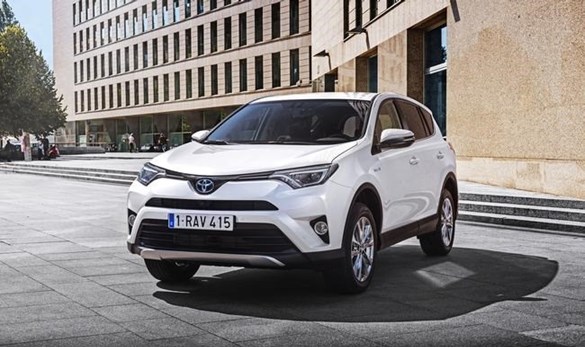 Substantial reductions in tax liability, comprehensive specifications and high-value pricing are being used to persuade company car drivers to opt for hybrid power instead of diesel when they buy the latest SUV from Toyota.

Backed by potential savings of up to £4,500 in benefit-in-kind tax (BIK), the new Rav4 range is expected to underpin further expansion in petrol-electric vehicles to keep the Japanese firm on track for hybrid power to be driving 50% of the cars it produces in four years' time.

"We reached the half-way mark last year and the Rav4 should take our hybrid proportion to 31% of the 110,000 total volume we aim to achieve this year," Toyota GB vehicle marketing general manager David Hilbert told Fleet News.

"But I expect the fleet star performer to be the Business Edition Plus version – compared with the outgoing 2.2-litre diesel automatic, this 2.5-litre petrol hybrid offers a 12% reduction in BIK.

"That's a particularly strong message, that should help get the car onto more chooser lists – we're convinced this version will play a key part in the migration from diesel to hybrid."

Positioned as Toyota's entry-level hybrid SUV, the Business Edition Plus offers official fuel economy in excess of 57mpg economy with 115g/km emissions and is being made available to small companies under the firm's Business Drive three-year contract hire package at £1,380 deposit and £230 monthly. "Our experience with the Auris and Yaris models shows that the introduction of hybrid variants attracts more new customers to the brand than conventional powertrains and we expect this trend to continue with the Rav4, particularly in light of the about turn on the diesel surcharge. It's a good proposition," said Hilbert.

Extremely quiet off the mark, thanks to its electric motor, the car accelerates in a crisp and smooth fashion – and retains a refined air when its new engine cuts in, irresp-ective of speed.

Though the engine reaches peak revs in overtaking manoeuvres, a fresh focus on mapping means it remains muted in the higher rev ranges – a significant development that allows the noise it does generate to be more closely aligned to progress than is generally the case with other vehicles using continuously variable transmission systems.

Substantial revisions to dampers and front suspension make for a smoother ride, and handling is tidy considering the bulk of a vehicle that provides more than 500 litres of luggage space and has a potential load volume of 1,633 litres.

The improvement in handling stems from greater body rigidity while an interior that allows stretching space for five adults is also quieter, particularly so in the rear after improved sound insulation under the floor and in the doors.

Together with a new instrument cluster and centre console design, fresh dashboard and door panel trims and ambient lighting lend an upmarket air to to the fourth generation of a versatile and practical family vehicle that that effectively created the compact SUV sector, back in 1994.