"Lane-keep assist – a system to bring the car back into position if the driver loses concentration, reflecting moves toward autonomous driving, will be added to the options list next year. " 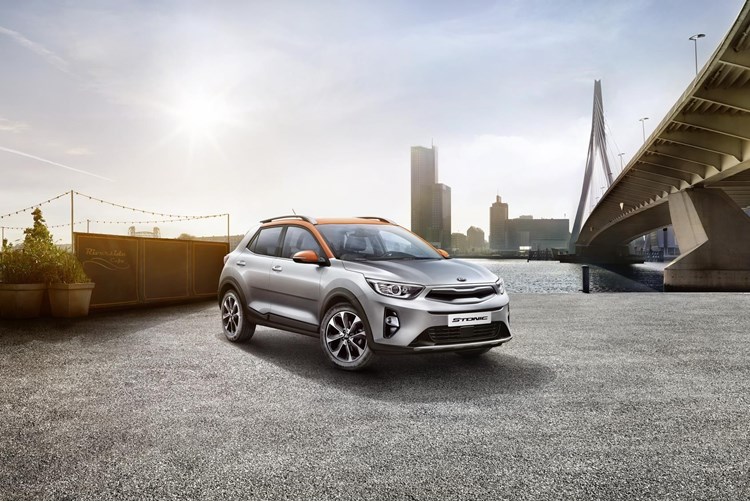 Kia's UK chief has said that the Kia Super Stonic ‘has all it takes to be the next big thing for us’.

Smash-hit success with SUVs is tipped to give Kia a flying start in an emerging sector for more compact all-purpose cars when its latest model reaches the showrooms later this year.

The fast-growing Korean firm believes the reputation it has won with the Sportage and Sorento in the medium and large SUV segments should pave the way for a strong market introduction for the Stonic, its new challenger for crossover utility vehicle sales.

“This part of the new car market has shown the biggest growth in the past three years and all forecasts point to further expansion,” said Kia Motors UK president Paul Philpott at the model’s unveiling.

“It makes sense for us to compete and we feel we can make significant gains.

“It’s clear that in this sector, both private and fleet customers place high priorities on appearance, drivability and practicality and I think this car has all it takes to be the next big thing for us,” he told Fleet News at the preview event in Amsterdam.

Developed at the firm’s design centre in Frankfurt and based on the platform of the Korean-built Rio model, the B-segment Stonic will rival the popular Nissan Juke, Renault’s Captur and the Vauxhall Mokka.

Stretching to 4.14m in length and 1.76m wide, the Stonic is almost identical in size to the Juke but its 1.52m height gives it a lower stance, despite a 43mm higher ground clearance than the Rio.

With a blend of clean horizontal lines and sculptured surfaces, it has striking bodywork that shows the latest interpretation of the tiger nose frontal treatment that has become a familiar Kia feature.

More drama is added to the car’s appearance by a Targa-type roof, which lends itself to colour customisation, and a choice of five roof finishes means 20 two-tone combinations will be available.

Advanced high strength steel makes up more than half the materials used in the Stonic and electronic stability control and vehicle stability management will be standard.

Lane-keep assist – a system to bring the car back into position if the driver loses concentration and another feature reflecting moves toward autonomous driving – will be added to the options list next year.

The line-up will start with a four-cylinder, 83PS, 1.25-litre engine with a five-speed gearbox, followed by a 99PS, 1.4-litre version with six speeds and culminate with a turbocharged three-cylinder unit developing a sporty 119PS.

By the end of June next year, it is expected that seven-speed automatic DCT transmission will be offered with the 119PS unit and a lower output version of the three-pot engine will come on line, along with a higher efficiency 1.6-litre diesel of around 135PS to meet the next stage of Euro 6 legislation.

Smart packaging delivers a neat, light and airy cabin with class-leading shoulder room and impressive headroom – 13mm more than the Rio in front and 11mm more in the rear – providing ample space for four adults.

Behind the 60/40-split rear seat is a square, 352-litre boot with a handy false floor. Total load volume extends to 1,155 litres with the backrests folded to provide a flat cargo area.

The Stonic will be marketed as one of the smartest cars in its class, providing drivers with infotainment technologies designed to bolster comfort and convenience.

Standard-fit features will include Apple CarPlay and Android Auto, delivering smartphone functionality to the seven-inch colour touchscreen mounted centrally on the dashboard.