"It still feels part of the Fiesta family, with its fun-to-drive characteristics, and the 125PS Ecoboost we tried had plenty of poke." 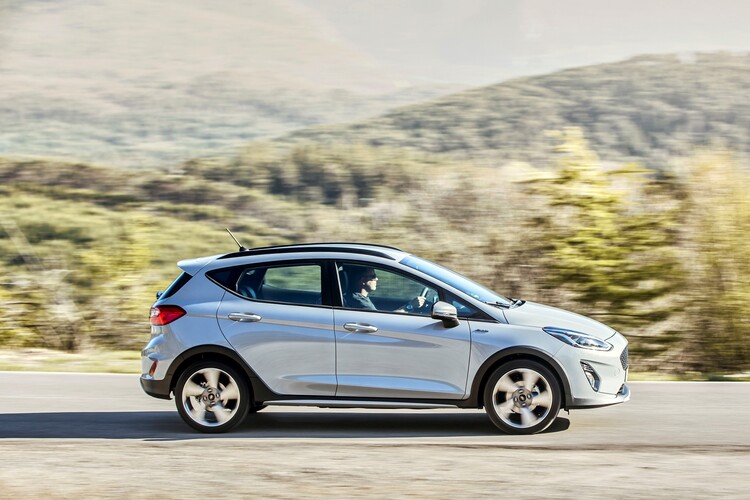 Ford's Fiesta Active is for those who seek a hatchback with SUV looks but without the extra costs, Simon Harris finds.

Such is our appetite for the rugged looks of an SUV, we even want conventional hatchbacks to look like they are ready for adventure.

Announced last year alongside the latest Fiesta, the Fiesta Active has now gone on sale, appealing to those who feel a standard small car looks too timid, but who don’t want the extra running costs associated with an SUV.

In any case, Ford has a compact SUV (albeit 2WD only) in the Ecosport. So, car manufacturers are now really catering for niches within niches.

The market for these taller hatchbacks already exists. Hyundai launched an i20 Active three years ago, while Volkswagen will soon introduce the T-Cross, which will be the Fiesta Active’s competitor based on the Polo.

Ford will be rolling out Active variants of other models. The Ka+ Active has also gone on sale, while the new Focus will also be given this treatment based on both the hatchback and the estate.

There would appear to little practical benefit in the Fiesta Active compared with the standard hatchback, with the exception of a higher entry point to the car, making it easier to get in and out.

Ground clearance is 18mm higher than the standard Fiesta, while the track width is 10mm wider.

Ford also talks about “more confident urban and highway driving”, which is also a matter of debate. How can we really see better around all the SUVs if everyone seems to be driving them.

But the Fiesta Active has a few hidden talents. There is a choice of three modes on six-speed manuals: normal, eco and slippery.

The latter adjusts stability and traction control settings for increased confidence on snow and ice, helping reduce wheel-spin and maintain control when cornering or changing lanes in slippery conditions by delivering small adjustments to the throttle and brakes to prevent excessive under- or oversteer.

Active is available with four variants of the three-cylinder 1.0-litre Ecoboost petrol engine, ranging from 85PS to 140PS, and two versions of the 1.5 TDCi diesel offering 85PS and 120PS. The lowest CO2 emissions for the petrol engine are 113g/km with a low of 103g/km for the diesel.

The Fiesta Active shares the safety and convenience features available on other Fiesta models, including autonomous emergency braking, pedestrian protection, traffic sign recognition and automatic high-beam, to name a few.

It also has the latest Ford Sync voice control system for infotainment, and is compatible with Apple CarPlay and Android Auto.

Driving the Active feels little different from the standard model, with no adverse effects from a higher centre of gravity in normal driving. It still feels part of the Fiesta family, with its fun-to-drive characteristics, and the 125PS Ecoboost we tried had plenty of poke.

Designed to appeal to small car buyers who might want something a bit different, the Fiesta Active does the job, and adds greater depth to an already impressive Fiesta range.