"Renault needed a car to jumpstart its sales in the UK and the Clio is a breath of fresh air in the brand’s line-up." 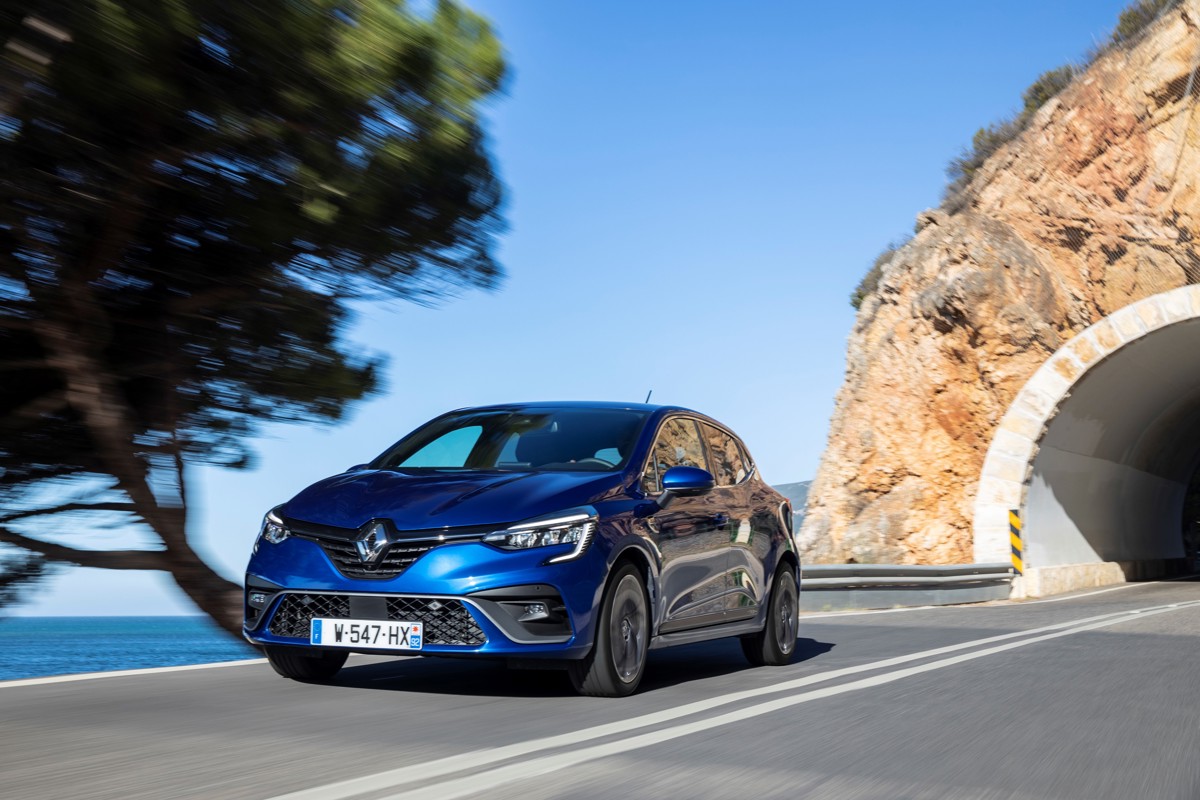 Europe has a bit of a love affair with the Renault Clio. Over the past 30 years, it has consistently been the best-selling model in its class with more than 15 million sold.

That said – and putting Brexit issues to one side – the Clio has never really found favour among UK drivers who have tended to prefer the Ford Fiesta or Vauxhall Corsa.

The new Clio might just be the car to flip preferences in Renault’s favour as it goes on sale with prices more than £1,000 less that its rivals.

Launching this autumn, the fifth generation model sits on an all-new platform making it lighter, safer and more technologically advanced.

Externally, the new Clio looks more like a facelift, with a strong resemblance to the outgoing model. This is not necessarily a bad thing. The curvy Clio still looks fresh alongside boxier rivals.

Small cars often have a reputation for getting bigger with each generation, but the new Clio is actually smaller in both height and length than its predecessor. Despite this, there is more interior space and the boot has grown in volume to 391 litres.

While we are talking about the interior, it is worth pointing out just how much of a transformation the Clio has undergone inside.

The cheap looking (and feeling) dash has been replaced with a slick new cockpit. It is dominated by a 9.3-inch portrait touchscreen, offering audio, navigation and smartphone connectivity.

The glossy screen has excellent high-resolution graphics and a much slicker operation than we’ve seen in any Renault car previously. It is fully connected too, allowing drivers to access live traffic information, weather and fuel prices.

It is complemented by a 10-inch digital instrument cluster, which is available on higher-spec models.

Soft-touch materials are used generously, giving the car an edge over the competition and improving passenger comfort.

Renault predicts the TCe 100 will be the most popular model, with CO2 emissions of 99g/km.The diesel is slightly more efficient, at 94g/km.

There is also an E-Tech hybrid model, with a 1.6-litre petrol engine combined with a pair of electric motors. It has an official combined fuel economy of 64.2mpg with CO2 emissions from 98g/km.

Despite sitting on a new platform, there are no plans for a fully-electric Clio and it’s unlikely there will be a plug-in hybrid either.

The TCe 100 should suit most drivers’ needs. It can accelerate from 0-60mph in less than 12 seconds and promises up to 62.1mpg.

During our test, we were impressed by the engine’s refinement. It is happy to cruise at motorway speeds and provides good responsiveness for town driving.

The more powerful TCe 130 uses a seven-speed twin-clutch automatic (EDC), giving a more relaxing drive than the five-speed manual in the lower-powered car.

It’s the same 1.3-litre alliance unit that is found in the Mercedes-Benz A-Class and Nissan Qashqai.

The diesel promises to be the economy champion, with claimed fuel economy of up to 74mpg. However, its meagre power output equates to a 0-60mph time of almost 15 seconds. We were not able to test the car at the launch event, but suspect its on-road performance will be depressingly slow.

One area where the old Clio failed to compete with rival cars was handling. In the new car, things are markedly different. The steering is much more direct and can be further enhanced by using the ‘sport’ driving mode.

Firmer suspension gives a more engaging drive, catapulting the Clio to the top of its class with a driving experience that is on par with the sector-leading Ford Fiesta.

On rougher surfaces the new Clio doesn’t absorb the bumps quite as well as the old car did, but on balance the smoother ride and firmer handling is a welcome improvement.

Adaptive cruise control and lane centring will be offered as part of a driver assistance pack on the RS Line, providing semi-autonomous functionality.

Renault needed a car to jumpstart its sales in the UK and the Clio is a breath of fresh air in the brand’s line-up. At more than £1,500 less than a Ford Fiesta, and with a high specification as standard, the Clio makes a great alternative to the UK's best-selling car.