"The Corsa is now a proper contender against class-leading models such as the Ford Fiesta." 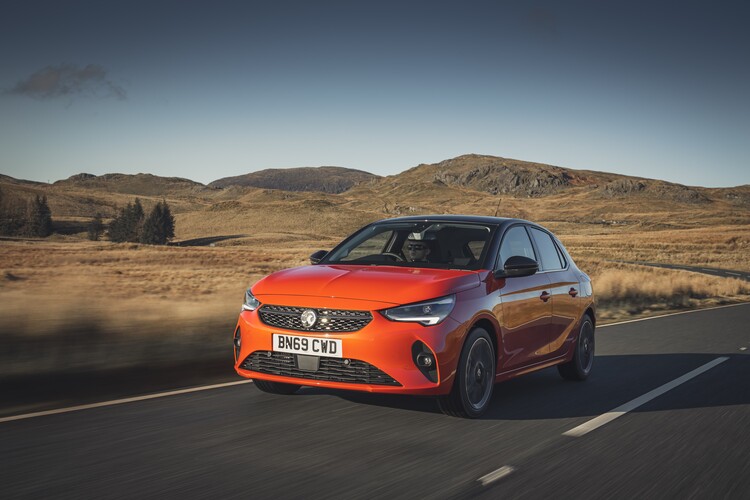 The first product to emerge from Groupe PSA’s ownership of Vauxhall is the all-new fifth-generation Corsa. Based on the same platform as the new Peugeot 208, the Corsa is about as far from its predecessor as it could get.

The new car has much sharper looks and comes with a range of much more efficient engines – including an all-electric version.

It’s not the first time a Vauxhall has shared DNA with its French parent. The Grandland X demonstrates what PSA and Vauxhall can produce when they work together though they were before the merger.

This time, Vauxhall had no choice but to use the family platform. The car’s development was already well under way when PSA took over, with all the initial work binned and the project re-started.

As the Corsa is the brand’s best-selling model – by a considerable margin – its success will be a big test of the partnership.

Vauxhall says the new Corsa is more than just a re-badging exercise and, while the Corsa and 208 are quite obviously related, there are several key differences.

Inside, the Corsa has steered clear of Peugeot’s futuristic i-cockpit approach, instead providing a more conventional set-up.

It is easy to get comfortable in the Corsa, with its normal-shaped steering wheel and instruments where you’d expect them to be, unlike Peugeot’s layout.

The pedals sit a little far forward to suit taller drivers, but this can be resolved to a point by using the steering column’s lengthy reach adjustment.

Peugeot’s infotainment system has been dropped straight in, offered with a seven- or 10-inch touchscreen. The Corsa features separate climate controls for easier use on the move but this creates a weird – and unnecessary – conflict whereby the larger screen is flanked by two black bars displaying the cabin temperature, which is also shown on the climate control’s own display. 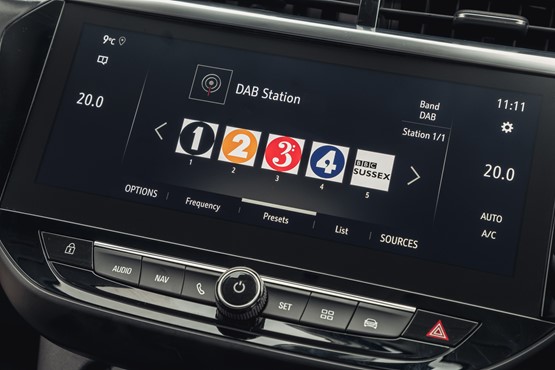 The system isn’t particularly slick either, with a dated feel to the user interface and slow response from the touchscreen.

Elsewhere in the cabin you can expect an array of hard, cheap-feeling plastics and not much excitement. There is plenty of space up-front, although the rear is a little tight, and the seats are comfortable.

The night-and-day difference is to be found once you reach the open road. Unlike the benign feel that has plagued pretty much every previous Corsa, the new version feels agile and responsive.

The new Corsa is up to 10% lighter than its predecessor, shedding more than 100kg. This gives improved efficiency, along with better performance and handling.

It’s no longer like a mini-MPV. The Corsa is now a proper contender against class-leading models such as the Ford Fiesta.

The Peugeot engines inject a new lease of life into the car. The 1.2-litre 100PS unit is expected to be the most popular, promising 50mpg and CO2 emissions of 96g/km.

Performance is strong, for a small car, with 0-60mph dispatched in less than 10 seconds and power transmitted through a slick-shifting six-speed manual gearbox. There is also an eight-speed auto exclusively available with this engine.

A single diesel engine serves up 102PS and promises up to 70mpg, making it a good choice for those covering higher mileages. It also has the lowest emissions, pushing out 85g/km. During our test we achieved north of 65mpg.

Both engines are quiet and offer similar levels of performance. 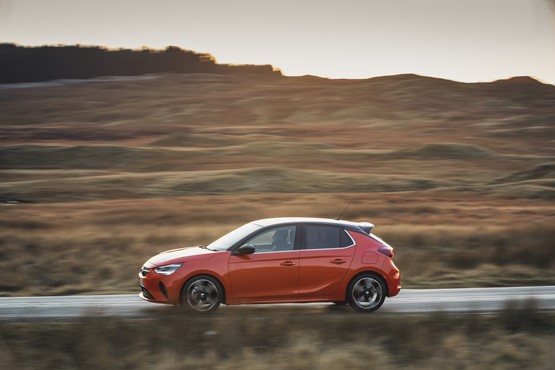 An entry-level 75PS petrol motor completes the combustion engine line-up, while the all-electric Corsa – complete with a 205-mile range – will launch this year.

SRI models (£18,700) include a Sport switch, which adds weight to the overly-light steering and improves the engine note with a sound generator. It also gains rear parking sensors and a host of sportier styling tweaks.

At the top of the range, the Ultimate (£25,990) has leather upholstery, matrix LED headlights, keyless entry and adaptive cruise control.

Prices are cheaper than the equivalent Ford Fiesta by a significant margin, although higher running costs – mainly affected by poor residuals – bring things broadly in line with rivals.

While it lacks the excitement of the 208, the drivability of the Fiesta and the premium feel of a VW Polo, the Corsa is not significantly behind any of its rivals in any of those departments – making it a great all-rounder.