"However, Ford expects the diesel (producing less than 100g/km in the Ka+) to take just 4% of sales." 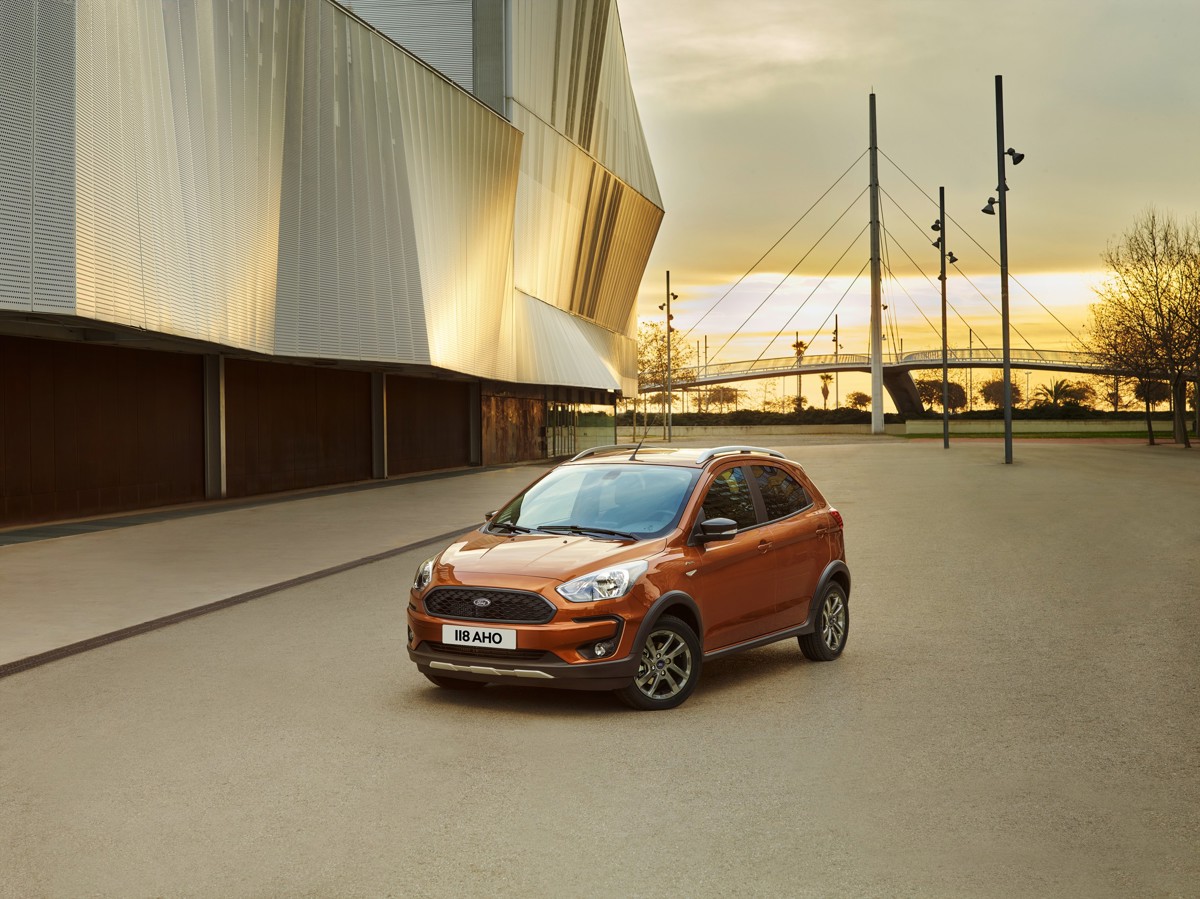 The Ford Ka+ range has been boosted by the addition of a new Active variant.

Like the Fiesta and upcoming Focus Active, it’s based on the conventional model, but with rugged styling to appeal to slightly more adventurous types, or at least those who like to feel they are more adventurous.

It joins the Ka+ which has been on sale for less than two years, and brings with it a subtle facelift to the range.

Both cars are available with a new three-cylinder 1.2-litre engine, replacing the old four-cylinder unit Ford referred to as the 1.25, and, perhaps remarkably in the current climate, a 1.5-litre TDCi diesel.

However, Ford expects the diesel (producing less than 100g/km in the Ka+) to take just 4% of sales.

The rationale behind the diesel is that demand is a little higher from other European markets where diesel is taxed less than petrol, so perhaps for some UK customers where diesel would be preferred or makes sense, it is now available.

The diesel produces a decent 95PS, making it the most powerful engine in the Ka+ range, with the new 1.2-litre petrol available in 70PS and 85PS outputs, although the Active isn’t available with the entry-level engine.

As the Ka+ is a little larger than its predecessor (it’s derived from the same platform as the fifth-generation Fiesta rather than the last model’s Fiat 500 underpinnings), Ford markets it as a value B-sector model below the Fiesta.

But, comparison with rugged versions of A-sector cars, such as the Fiat Panda Trekking or Suzuki Ignis, are inescapable.

The Ka+ Active features an increase in ground clearance from a ride height raised by 23 millimetres, an exterior styling kit, a black finish for the upper and lower grilles, and roof rails for carrying bikes or sports equipment.

Front and rear seats feature special fabric designs with co-ordinated stripes and matching stitching, and all-weather mats for both the cabin and cargo area help protect the interior from muddy boots.

It’s a pleasant enough drive, without feeling as sharp and sophisticated as the latest Fiesta, and is surprisingly roomy for a small car.

It should be borne in mind that the Ka+ Active is tested to WLTP and NEDC-correlated protocols. So, when trying to evaluate it against rivals, you might not be comparing like with like.

The Ka+ Active broadens Ford’s sub-SUV family, but on pure emotive terms, doesn’t have the kerbside appeal of some rivals, and fails to bring anything really new to the game.