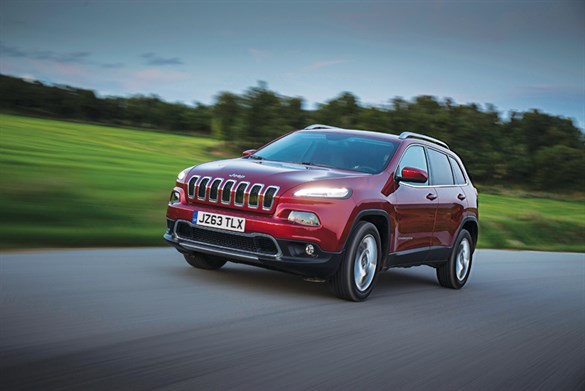 The last time there was a new Jeep Cherokee, the automotive landscape was a very different place.

Fleet News drove the car for the first time late spring in 2007 in the Sahara Desert. Chrysler Group had separated itself from the alliance with Daimler in Germany and had been sold to Cerberus Capital Management – a controversial decision with investors, but ready to make a fresh start.

Seven years later, some of them turbulent for the automotive industry, and Chrysler is now part of Fiat Group. Chrysler has had a very low profile in the UK, the large 300C saloon is priced about £10,000 too high for the customers to whom the first-generation model appealed, while the compact Lancia-derived models have struggled to attract customers.

But there is still some brand equity in Jeep in the UK. We already know the latest Grand Cherokee is a competent vehicle, managing to feel like a premium car, with excellent road manners and retaining the off-road ability that has made Jeep famous.

The Wrangler still exists in the line-up, perhaps as a reminder of where it all started rather than as an example of what a modern 4x4 should be.

The Cherokee, which hasn’t been seen in UK showrooms since 2010, is perhaps a better example of what a modern Jeep should be.

The new model uses a downsized engine (2.0 litres instead of its predecessor’s 2.8) and the option of a front-wheel drive version. There are also 3.2-litre V6 and 177hp 2.4-litre four-cylinder petrol engines, but they are unlikely to appeal to UK customers.

Power outputs from the diesel are 140hp or 170hp, with maximum torque of 258lb-ft for both.

There is an element of diesel ‘clatter’ at low speed, but all-round noise suppression at higher speeds is impressive.

We tried the nine-speed automatic version of the 170hp in entry-level Longitude trim, and it feels designed more for comfort rather than feeling nimble on the road. CO2 emissions for this model are 156g/km.

There are four levels of off-road hardware available on the Cherokee when specifying models. It’s unlikely that a fleet would choose a Cherokee for a job more suited to a double-cab pick-up or an authentic off-roader, but it shows Jeep products can adapt to appeal to more customers as well as remain true to their heritage.