"Not only does the new dashboard take the car a step closer to its bigger brother, the Disco Sport is now quieter, smoother and more agile thanks to its new underpinnings." 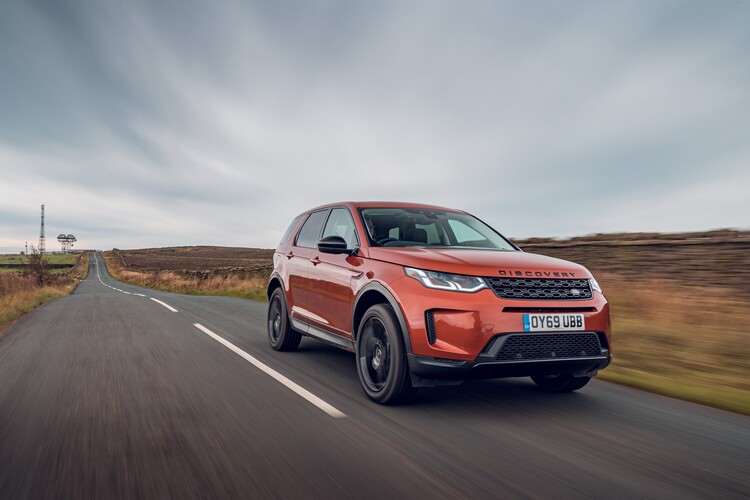 Jaguar Land Rover is banking on a range of new plug-in hybrids to help boost its sales among user choosers.

A 15kWh battery packs powers an electric motor in the rear axle, while a 1.5-litre three-cylinder petrol engine looks after the front wheels – so it’s still a proper 4x4.

The car is quite happy to drive around on electric power alone, even at motorway speeds with the motor adequately hauling the Discovery’s bulk. When the petrol engine does fire up the only time you’re really aware of its presence is when you’re working it hard at higher speeds.

For normal family duties, the P300e is the ideal powertrain for the Discovery Sport and for those that regularly cover longer distances the combined effort of the petrol engine and battery should deliver similar economy to a normal diesel Discovery Sport. We were seeing 45-50mpg during our test.

Once the battery is flat, the power deficit is quite noticeable with acceleration on motorways being particularly sluggish, but seeing as BIK is a just a third of what you’d pay for the cheapest ICE-powered model it’s both a minor inconvenience and a useful incentive to keep the thing charged.

The Discovery Sport range was overhauled in 2020, welcoming a new platform, shared with the Evoque, which increases stiffness by 10% and makes way for new 48v mild hybrid technology on its petrol and diesel engines.

The visual appeal of Land Rover’s family-friendly SUV has never been called into question. Therefore, the big changes have been applied under the skin with the existing body remaining largely unchanged.

The interior has also been given an upgrade, gaining higher-quality materials and improved controls and instruments. 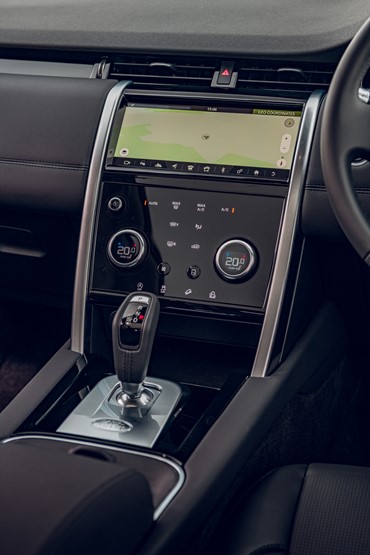 The entry-level front-wheel drive version is fitted with an RDE2-compliant diesel engine, called the D150. It emits from 140g/km, with a manual gearbox.

The D180 packs more punch and comes with four-wheel drive and an eight-speed automatic. It manages 147g/km, thanks to that mild-hybrid system.

Rounding off the diesel offering is the D240. It does a much better job of hauling the Discovery Sport’s weight, but high CO2 emissions of 163g/km make it an uneconomical fleet choice.

It’s the same story with the P200 and P250 petrols. While they are smooth and quiet, the company car tax proposition is poor. The plug-in hybrid is a clear winner for fleets.

Unlike most SUVs, the Discovery Sport is a proper off-roader. It can climb, wade and negotiate obstacles that most SUVs in this segment could only dream of. 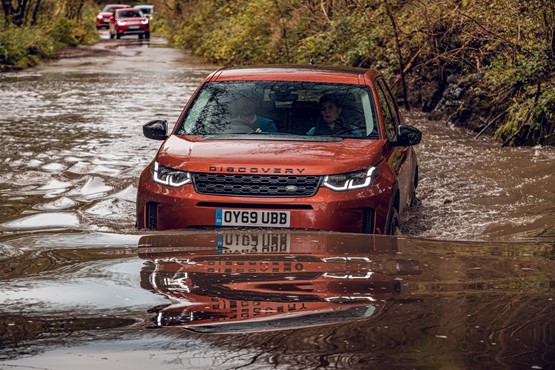 While most drivers are unlikely to ever put these abilities to the test, the car has a feeling of robustness that other vehicles cannot offer.

The improvements introduced as part of the facelift are immediately noticeable from behind the wheel. Not only does the new dashboard take the car a step closer to its bigger brother, the Disco Sport is now quieter, smoother and more agile thanks to its new underpinnings.

Prices start at a reasonable £31,310, although climb rapidly north of £40k if you want decent spec, an automatic, four-wheel drive or more power. Plug-in hybrid models cost from £46,945.

S models (from £34,160) get heated leather, sat-nav and LED headlights. There are also SE and HSE trims that provide more equipment. R-Dynamic models (from £41,500) have a sportier look, but are only available with all-wheel drive.

The Discovery Sport has always been a popular model among user-choosers and this round of updates, including the new plug-in option, only elevate its desirability.