HOW apt to be writing this road test in the first week of January, when the excesses of the festive period are still making their presence felt in my head and around my waistline.

Excess is a word which often comes to mind when I think of the Range Rover. It’s big, it’s expensive, it guzzles fuel and spews out CO2 emissions – everything it does, it does on an excessive scale.

It’s a two-fingered salute to the prevailing mood of enviro-thrift – emitting less, recycling more, cutting back on spending.

Why never mind? Because the Rangie has never been a logical choice as a company car. If the managing director wants one, he or she will have one because it is, in many ways, the ultimate status machine.

Not only does it say that money is no object, but it does it in a classy way – even though it is big it manages not to be brash at the same time. 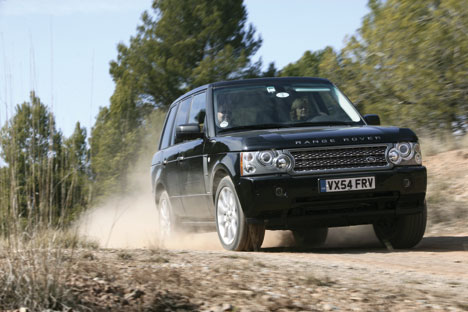 This engine has given the Range Rover the level of performance that it should have had from day one and allows it to make far more serene progress than was afforded with the old engine.

As well as being quicker off the line, in the mid-range the extra 184lb-ft of torque (up to 472lb-ft) makes for impressive overtaking power.

But it’s not just the extra performance which is impressive. The level of refinement engineered into the new car is amazing.

On the move the engine is barely audible, and wind roar is well suppressed for such a blocky shape.

Dynamically, the Rangie is at the mercy of its high centre of gravity, which means it still can’t hold the road as well as a conventional saloon.

However, with its 19-inch wheels and revised suspension settings for a stiffer set-up, it handles much better than before. None of which impacts on ride quality, which retains that floaty feel of sitting high above the wheels.

All of which is even more impressive when you factor in the level of off-road ability every Land Rover product must have. This machine will venture on to the most inhospitable terrain and glide its way through, giving it an extra dimension should owners want to take it off road.