"Official fuel economy and CO2 figures will be released closer to launch." 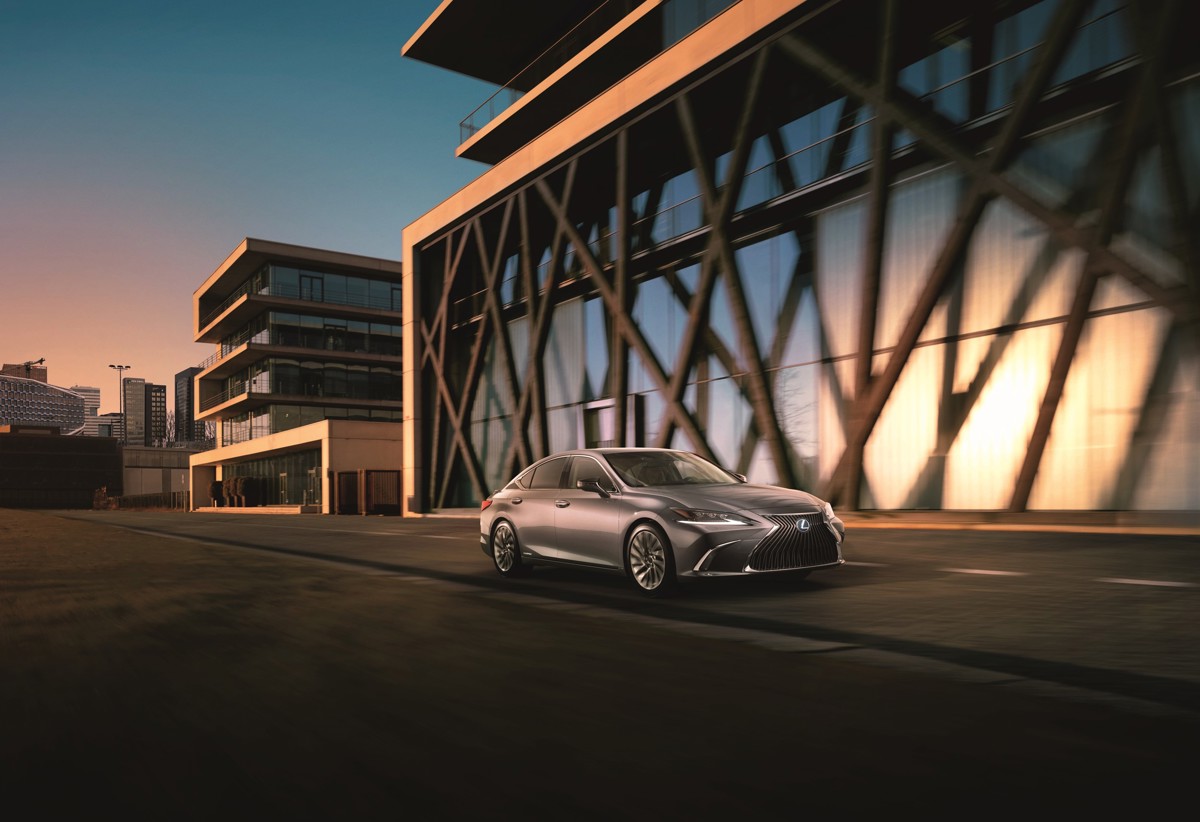 Lexus has unveiled its latest challenger in the executive class: the ES.

This model is now in its seventh-generation but this will be the first time it will be available in UK, where it will replace the GS in the manufacturer’s range.

Full details of the UK range and specifications will be announced nearer to its on-sale date in December.

The ES will be fitted as standard with the latest Lexus Safety System +, which adds new features including daytime cyclist detection to its pre-collision system.

The system has also been enhanced to detect pedestrians at night by increasing its radar’s sensitivity and dynamic range.

ES will also be available with a two-stage adaptive high beam headlight system.

As well as turning the high beam on and off automatically, its headlights, which feature 24 individual LEDs, have an adaptive light pattern which enhances illumination while reducing glare for oncoming road users.

ES will be available only as a 300h hybrid in the UK. The manufacturer’s fourth-generation hybrid system combines a 2.5-litre four-cylinder petrol engine with a lighter, more compact and more power-dense electric motor than before.

Total system power is 218PS and combined cycle fuel economy is from 60.1mpg.

Official fuel economy and CO2 figures will be released closer to launch.

From our initial examination of the car, the interior is spacious with a definite premium feel about it: in terms of materials and build quality it feels comparable to the class best.

The instrument panel is dominated by a large circular dial, while a 12.3-inch multimedia touchscreen positioned at the top of the centre console also adds to the luxury feel.

The interior also includes a number of quirky design features which set it apart from its rivals, such as the stubby stalks which sit above and either side of the steering wheel to operate the traction control and driving modes.