TYPICAL! I’d finished my Christmas shopping, the presents were all wrapped and the car was loaded up ready to depart on family visiting duties when... bang.

Once I’d got over the initial shock I looked in the rear view mirror to see a Fiat Punto had embedded itself into the rear bumper of our Mazda6.

In the screech of a tyre and the crack of a plastic bumper splitting, my Christmas plans were thrown into chaos.

Thankfully I’d left a decent gap between the car in front of me in the queue of traffic, so at least there had been no domino-effect collision.

And my headrest had been at the correct height so I was lucky to escape with what the doctor later in the day called ‘mild whiplash’. 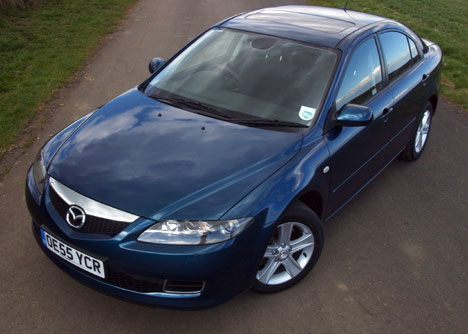 But the back end of the Mazda was a mess. The driver of the Punto said he had been doing 40mph when he braked, but the damp road meant he had skidded into me.

The damage to the 6 was light in comparison to the state of the Punto, which looked really sorry for itself with a caved-in front and what looked like some expensive damage inside the engine bay.

The Mazda’s rear bumper was punched in on the driver’s side and cracked at points along its length and, at each side where it curves to follow the side of the car, it had come unclipped from the body.

The most serious damage was to the boot. The lid had come away from the body by about half an inch, enough to see the seals and, potentially, let in water. I covered it with a weighted shower curtain to stop rain getting in.

But the tailgate was inoperable and, because the crash happened a day before the Christmas shutdown, the car had to be parked up over the festive break, despite still being driveable.

The only obvious difference in terms of driving was the increased exhaust noise, due to the rear damage which had dislodged the end pipe.

Once back in the office after New Year, the car was sent to the recommended repair centre in Peterborough – Deighton and Smith. After five days and more than £2,200-worth of remedial work, the 6 is as good as new. And the garage had also fully valeted the car so it was spick and span inside and out.

It was just unfortunate that the accident happened when it did. Although the repair was carried out efficiently in five days, the Mazda ended up being off the road for three weeks because of the festivities.

This wasn’t the Christmas present I’d been looking forward to, but it was reassuring to see how well the Mazda stood up to a hefty shunt up the rear.