"Whether you’re a driver or passenger, the isolation from the outside world is fascinating." 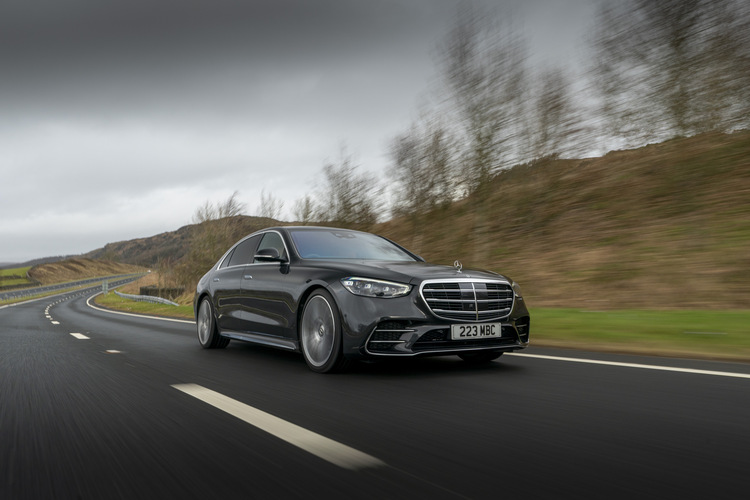 When a car is dubbed as being “the best in the world”, replacing it with an all-new model is often a tall order. That’s why the launch of a new S-Class is always an important event. It’s usually the flagbearer for Mercedes’ latest and greatest innovations and serves to showcase the features and technology that will eventually filter through the rest of the range.

At first glance, the newcomer is still unmistakeably a member of the Mercedes-Benz elite. Its three-pointed star sits atop a bold new grille at the end of its long and intimidating bonnet. The curvy, retro lines of the old car have been replaced with a squared off rear-end, but it’s still very much a case of business-as-usual.

As you approach the S-Class, the new flush-fit handles automatically extend from the door providing access to the car’s best feature – its interior. The leather-clad cabin is spacious, airy and packed with materials and details that reflect the S-Class’s luxury status.

Like its predecessor, the seats are super-soft, electrically adjustable in many multiple and capable of heating, cooling and massaging occupants. Whether you’re a driver or passenger, the isolation from the outside world is fascinating. There is little noise intrusion, and the air suspension system provides an exquisite ride, ironing out imperfections and keeping the body flat in the corners. 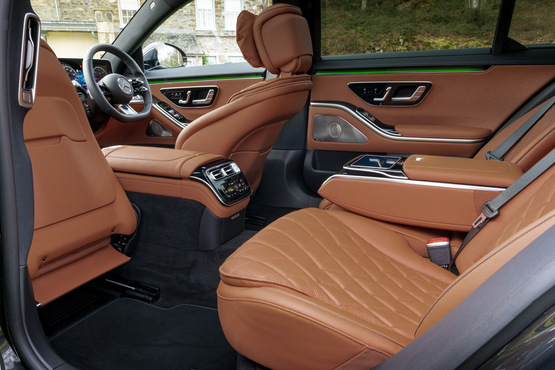 At its core, the S-Class ticks all the boxes of a classleading luxury saloon. But, that’s exactly what its predecessor did. So, is the car’s long-standing tradition of being the pinnacle of Mercedes-Benz engineering coming to an end?

Exhibit one: a headline feature is the next-generation MBUX system, which does away with the traditional Mercedes cockpit layout and introduces a large 12.8-inch central touchscreen that takes the place of conventional dashboard controls. The new system is impressive, both in terms of usability and display clarity. It’s easy to navigate and use on the move, despite doing away with a physical controller. But, it’s a system that’s also already available in the new C-Class.

Exhibit two: the powertrains. From launch the S-Class offered a pair of six-cylinder diesel units or a mild-hybrid petrol. With CO2 emissions starting from 172g/km, none of the engines are particularly revolutionary for efficiency. We tested the entry-level S 350 d, which provides 286PS and can achieve around 40mpg. It’s perfectly adequate – much like the last S 350 d – if a little growly at higher revs, but not really cutting edge.

The plug-in hybrid S 580 e, which recently joined the line-up, is more impressive, however. It emits just 18g/km of CO2, officially, thanks to its 28.6kWh battery giving a zero-emission range of up to 62 miles. That’s the most electrification the S-Class will provide though, as the upcoming fully electric EQS will act as its zero-emission sister car.

It seems, then, that the S-Class may now sit in the EQS’s shadow when it comes to showcasing the best Mercedes can offer. But, we’ll have to reserve judgement until we’ve been behind the wheel.

Based on our experience, the S-Class is still the clear leader in the internal combustion engine luxury car segment, at least.