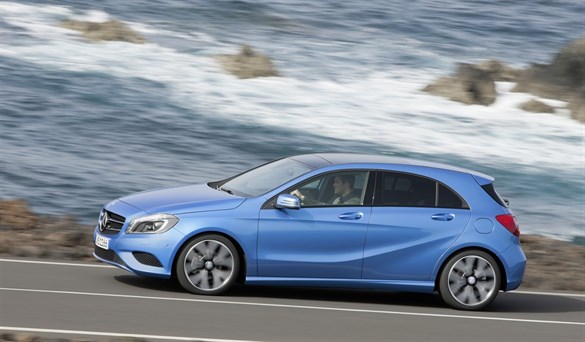 An engine made by Renault is all set to power the major part of a premium car company’s bid for new business in the fleet sector.

Officials at Mercedes-Benz believe the latest version of the French firm’s most successful diesel motor will be a hit with company car drivers who are attracted by the new A-Class range.

Extensively reworked after being used in more than one million Renaults last year, the 1.5-litre dCi unit is on offer alongside two other heavy-oil engines in the revamped hatchback line-up.

But with tailpipe emissions of only 98g/km and potential economy of more than 74mpg, it promises to be a key player in the next move by Mercedes-Benz UK to win a bigger share of corporate registrations.

“Emissions have become a massive factor in fleet and at the moment, this version of the 180 is the cleanest in the segment. That means the door will be open to us to go head-on with compact rivals from Audi and BMW because there’s now nothing to stop the A-Class from going on the leasing lists,” product manager Lisa Cavony told Fleet News.

A radical departure from the ‘tall’ design of the original, the new model wins second looks with a longer, lower and wider stance. But significantly, the sporty styling is backed by the operating efficiency that allows a range of more than 800 miles from a full tank.

Enhanced by a reduced friction package and subtly retuned by recalibrated software, the first outsourced engine to go under the bonnet of a Mercedes is smooth and surprisingly lusty as it delivers the quiet, unruffled power that is expected of the brand.

It’s not the quickest off the mark, but the entry-level diesel proves to be sprightly through the gears and fits well with the SE package, which has suspension that soaks up road irregularities to provide a comfortable ride. Sitting on 16-inch allow wheels, the car copes well with mixed surfaces and provides precise handling from variable-assist steering that gives good feedback at speed.

Despite its nippy demeanour, the SE is geared for quiet cruising and is relaxing to drive with a good spread of convenience equipment and a multi-function steering wheel. But the lack of cruise control is a surprising omission on a premium hatchback, and it’s just as well that hill-hold assist is included as standard because the electric handbrake is awkward to use and poorly sited on the right side of the dash panel.

On sale in January, the car has good grade trim and load volume extending from 341 litres to 1,157 litres makes the interior versatile. Front accommodation is spacious but only adequate for adults in the rear.