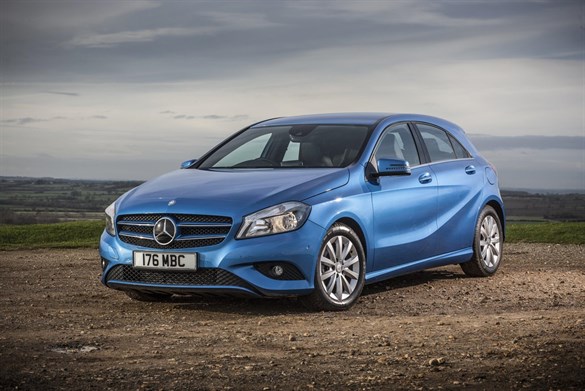 It’s around 18 months since the latest Mercedes-Benz A-Class came to the UK. At the time the manufacturer was keen for Fleet News to test the entry-level A180 CDI with a manual gearbox.

This offered 98g/km thanks to the 1.5-litre Renault-sourced engine – lower than Mercedes-Benz could have achieved with its own engine without significant investment, and better than the standard Audi A3 1.6 TDI (99g/km) as well as the BMW 116d EfficientDynamics (99g/km).

Progress in this area continues apace and around a year after the A-Class went on sale, Mercedes-Benz added an ‘Eco’ version to the range, effectively to replace the old entry-level SE.

Using the same engine but with additional fuel-saving measures, this version achieves 92g/km, which as well as equating to a better fuel economy figure (78.5mpg instead of the original A180 CDI SE’s 74.3), also brings the A-Class under the 95g/km threshold for capital allowance.

An outright purchase fleet would be able to write down 100% of the car’s value in the first year of ownership (at least for the next year until the writing down allowance limit drops to 75g/km).

The latest A-Class has been a resounding success for Mercedes-Benz in terms of its greater appeal for user-choosers. The first two A-Class models had a tall, people carrier silhouette, but for the third generation Mercedes-Benz set out to follow a template pioneered by the A3.

It has worked, with feedback from fleet operators suggesting the car has gone down well with drivers. But the danger in choosing the ‘Eco’ version of any car is that perhaps it is the most likely candidate to be the dreariest variant of the range.

It’s true that with 109hp, the 1.5-litre diesel A-Class is no ball of fire. But in this specification it’s up against diesel rivals with power outputs ranging from 105hp to 116hp. The Lexus CT 200h hybrid has a total powertrain output of 136hp, but never feels quite that quick.

Like its manual gearbox rivals, the A180 CDI has six forward gears to make the most of the torque band, so the driver needn’t endure delayed pick-up in the higher gears, and the engine is also less harsh sounding than any of Mercedes-Benz’s own four-cylinder diesels.

There are non-premum (or perhaps those taking time to establish themselves in the premium sector) alternatives that offer even lower CO2 emissions, and a little more equipment for the money than the A-Class, but badge desirability and image still plays its part in company car choice.

It’s still the new kid on the block in this sector, and while it has its merit in terms of driver experience and in running costs, the draw of the three-pointed star would be equally important in the decision-making process.