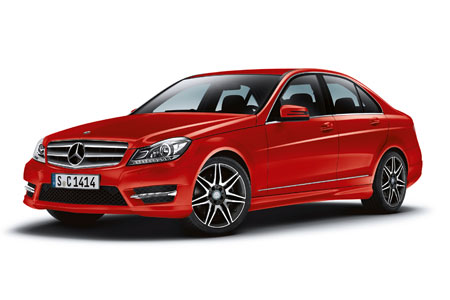 Mercedes-Benz is becoming increasingly shrewd in making its vehicles more desirable to drivers who might have previously chosen a car from one of its rivals.

Its latest strategy involves changes to the C-Class line-up, adding more equipment and making more use of the AMG performance brand – or more specifically, its styling.

It’s an opportune moment for Mercedes-Benz as, although the C-Class underwent the most extensive facelift of any Mercedes-Benz in spring 2011, it now has to face down a revised Audi A4 and a new BMW 3 Series.

The interior of the C-Class was changed for the facelift in 2011 and comes with a new dashboard design more closely resembling the larger E-Class.

All C-Class model have the grille-mounted three-pointed star emblem, while AMG Sport replace the Sport variants in the previous range but with a lower price point at £960 less than the outgoing derivatives.

Ultimately, BMW’s EfficientDynamics technology wins the numbers game when it comes to CO2, fuel consumption and tax liability, but the C-Class holds its own against the Audi. Our running cost figures show the C-Class gets remarkably close in pence-per-mile terms for depreciation against the 330d, and has a comfortable margin over the A4 3.0 TDI Quattro.

It’s also a rewarding car to drive, although the seven-speed automatic doesn’t feel as keen as the eight-speed ZF transmission in the 3 Series.

However, the C-Class will appeal to some more than its rivals purely because it isn’t as familiar as Audi and BMW.