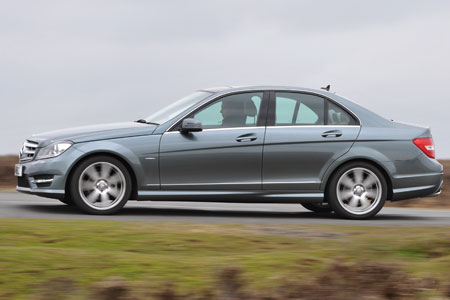 Much has happened since Mercedes-Benz launched the revised C-Class just over a year ago. Principally, its two main rivals in the sector – the BMW 3 Series and the Audi A4 – have undergone changes of their own.

Early in 2012 the current Audi A4 underwent its mid-life facelift with a range of improvements, while a few months later, the 3 Series was replaced with a new model.

One reasons the Mercedes-Benz C-Class won its Best Premium Car category in the Fleet News Awards in 2012 was because of how well it had stood up to its aging competition, scoring convincingly on overall costs as well as desirability.

But fame and fortune are fleeting in this industry and the rivals are now providing stiffer competition. So following a facelift that was the most extensive for any Mercedes-Benz model the company has revised the structure of its C-Class line-up in the UK to make it more appealing.

Executive SE is the new entry point for the C180, C200 CDI and C220 CDI saloon and estate, and includes the grille from Sport models with the large Mercedes-Benz badge, new 16-inch alloy wheels, Artico synthetic leather upholstery and LED daytime running lights at a price increase of £35 over the previous SE grade.

A new luxury package is available for Executive SE models to replace the Elegance equipment grade.
We tried the C220 CDI Executive SE. The 170bhp diesel in this grade using a six-speed manual gearbox offers the lowest CO2 emissions of the C-Class range, with 117g/km, putting it in the same BIK tax bracket as the Audi A4 2.0 TDIe 163, but two higher than the 109g/km BMW 320d EfficientDynamics saloon.

The four-cylinder engine pulls smoothly enough (given the relatively tall gearing), but is a tad noisier than both the Audi and BMW. On the plus side we managed to achieve better than the official combined fuel consumption of 64.2mpg on a fairly relaxed 190-mile round trip.

The C-Class interior feels quite upmarket for an entry-level car with Artico doing a great job of feeling like soft leather, while the instruments and displays clearly have a Mercedes-Benz appearance.

Electric power steering removes some of the feel that earlier, less fuel-efficient hydraulic systems had, but the car has the ability to engage the driver almost as well as a new 3 Series.