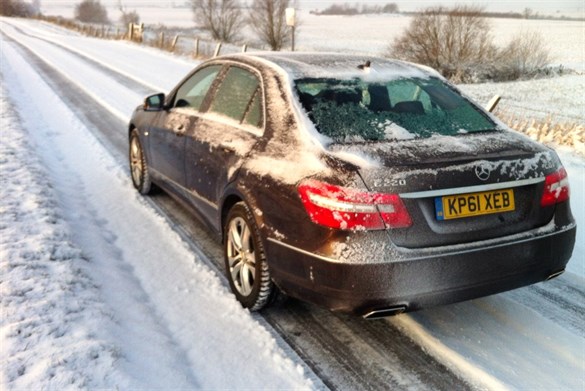 The last couple of years have witnessed the launch of two impressive new vehicles in the executive car sector.

The 2010 BMW 5 Series raised eyebrows when launched thank to its headline-grabbing 129g/km 184bhp 520d, and when Audi launched the latest A6 early in 2011 the CO2 emissions of the manual 2.0 TDI version would match the BMW.

Very good, but take-up of standard manual transmission in this sector – particularly among the three main German brands is pretty low. Jaguar doesn’t even offer a manual version of the XF.
Meanwhile, Mercedes-Benz has been polishing its E-Class, launched a year earlier than the BMW, and making it more desirable to fleet buyers.

New to the range is the Executive SE grade, available in saloon or estate form using the 170bhp 2.1-litre four-cylinder diesel.

The cost of the extra equipment over an SE is about £2,300, although the value of the extra items chosen separately would be substantially higher.

This version is already paying dividends regarding costs. The E-Class sells in lower volume than other premium rivals and that combined with the high level of specification of this model ensures less cash is lost to depreciation than SE versions of the 5 Series or A6 saloon.

According to KeeResources, the E220 CDI Executive SE auto loses almost 2p per mile less than a sat-nav-equipped BMW 520d SE auto, and almost a penny less than the A6 2.0 TDI SE (whose sat-nav option is excluded from RV predictions).

Like other E-Class models, the Executive SE has standard safety features such as Attention Assist, which can spot signs of tiredness, Active Bonnet and Pre-Safe occupant protection system. We also have the Driving Assistance package, lane departure warning and rear-view camera for reversing.

A mark of how much more efficient automatic transmissions have become in recent years, our car has CO2 emissions of 132g/km with a seven-speed torque converter auto – the same as the Audi A6 2.0 TDI SE with its Multitronic CVT.

We look forward to reporting back on all aspects of running the car over the next six months.