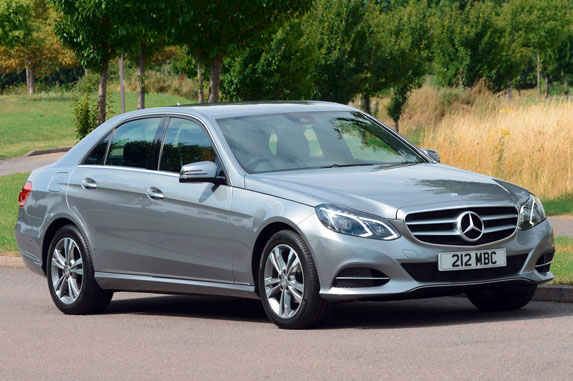 Mercedes-Benz could be on to a good thing with the E-Class Bluetec Hybrid.

It’s still the only diesel hybrid in the executive car sector, and performance is kind of a halfway house between the 204hp E250 CDI and the 265hp E350 Bluetec (as the E300 model designation suggests), but fuel consumption and CO2 emissions are the lowest of any E-Class model (or indeed any current rear-wheel drive Mercedes-Benz).

The BMW ActiveHybrid 5 is a high-performance model at the top end of the 5 Series range, offering a total power output (engine and electric motor combined) of 340hp and is priced from £47,785 on the road. Audi’s A6 Hybrid is a much closer match with the E300 Bluetec Hybrid.

The E-Class underwent an extensive mid-life facelift earlier this year.

It has a more aggressive front-end and the adoption of the larger grille-mounted three-pointed star logo as standard across both SE and AMG Line model series.

Interior fittings are also improved with a slightly more expensive look and feel, and as before, there is no compromise in boot space despite the car carrying around hybrid components.

Since we last tried the E300 Bluetec Hybrid in estate form (just before the facelift), there have been chassis upgrades to try to give the E-Class more appeal for those who would perhaps be more naturally inclined toward the A6 or 5 series.

If Mercedes-Benz is to reach its ambitious targets of overtaking both these brands for sales in the UK it certainly needs to lure away some of their customers. 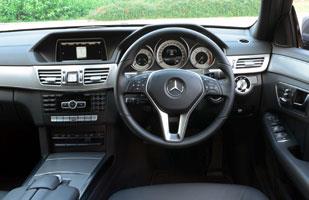 However, these upgrades mean traditional E-Class ride comfort suffers on uneven road surfaces and Mercedes-Benz might risk alienating some of its customers who choose the E-Class because of its cosseting ride.

Travelling on the same roads that the E220 CDI test car we ran in 2012 took in its stride, the facelifted model felt unforgiving and unsettled.

On smoother surfaces the hybrid is perfect company. The four-cylinder diesel engine is muted and rarely makes itself heard, while at low speeds the electric motor is the main source of forward motion.

Progress is smooth although the seven-speed Mercedes-Benz 7G-Tronic automatic gearbox isn’t as responsive as the eight-speed ZF transmission in the 5 Series and Jaguar XF.

No doubt this will be addressed when the new nine-speed auto begins its roll-out from next autumn.

How close a driver gets to the official fuel consumption is linked to driving style.

Exploiting the acceleration available led to the trip computer languishing around the 45mpg mark, while a gentle run on the motorway saw this rise by 10mpg, but still shy of the 68.9mpg on the combined cycle.