"If drivers choose to use the car correctly, then not only will they reap the benefits of cheap private mileage but can also have the satisfaction of knowing they are doing their bit for the environment, without the associated hassles or upfront costs of running a fully-electric car." 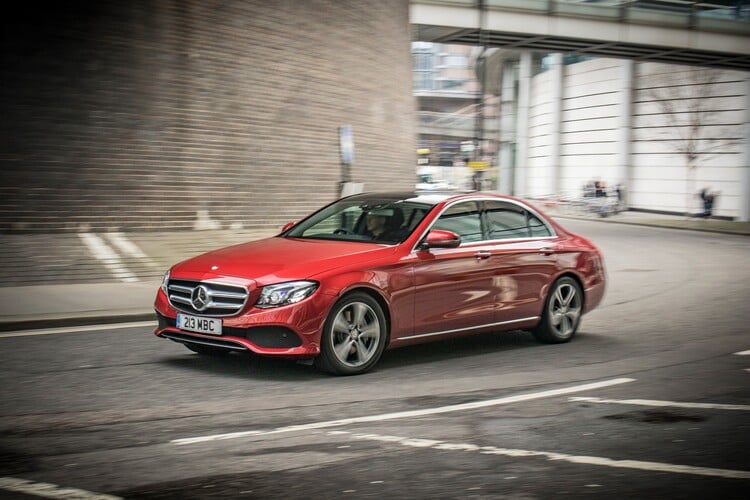 As user-choosers seek out the most tax-efficient models, plug-in hybrids have become popular choices as they provide low benefit-in-kind (BIK) and little compromise over a regular car.

The biggest issue, until now, has been fuel efficiency. While some drivers simply don’t bother “plugging in”, others choose cars with limited ranges even when they cover high mileages.

Fleet managers have to battle with keeping drivers happy and minimising costs to the business, but also considering the green agenda.

Mercedes-Benz has set out to solve these issues and give drivers and fleet operators the best of both worlds with its latest powertrain in the E 300 de. It’s a plug-in hybrid diesel, which means it provides zero-emission running in cities and diesel economy on motorways. 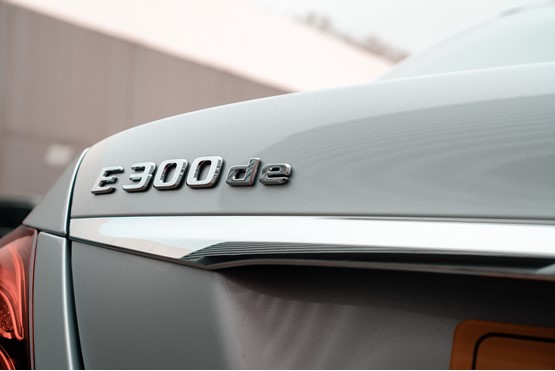 The engine is essentially that of an E 220 d, so it develops 194PS and 400Nm of torque. As we found in our long-term test, last year, it’s an excellent powertrain that provides strong performance and refinement.

If you bolt a 120PS electric motor to it, as Mercedes has done, the engine takes on a new lease of life.

The E 300 de starts with none of the usual diesel clatter, even with a depleted battery it operated like a “regular” hybrid so low-speed manoeuvring, coasting and pulling away is done by the electric motor.

With a full charge, the car is officially good for around 32 miles. We managed 28 in our test model, although it continues to regenerate power and switch between diesel an electric where it can.

Recharging the 13.5kWh battery takes around two hours on a fast charger, or four on a three-pin socket.

You can drive the E 300 de exclusively on battery, up to around 75 mph. It comfortably keeps up with traffic, offering silent running in the process.

Once the engine kicks in, there is little change in the smoothness. Even at higher revs the diesel motor remains hushed.

Full power acceleration makes use of both the electric motor and engine, for a maximum output of 306PS and 700Nm. There is no lag in moving the E 300 de off the line and acceleration is strong, with the nine-speed automatic gearbox ensuring the car delivers optimum power.

So, what about efficiency? Well, the official figure of 166mpg wasn’t quite what we experienced during a week of mixed driving, but we were still impressed that the car returned 60mpg covering about 400 miles.

Of course, there were a number of zero-emission trips aided by the use of public and home charging. We also had to start a number of trips with a flat battery.

What we deduced from this is that even with no charging the E 300 de is going to be a lot less harmful to a company’s fuel bill than an equivalent petrol plug-in hybrid. 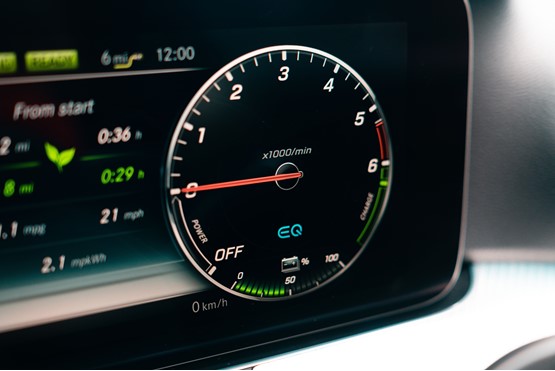 If drivers choose to use the car correctly, then not only will they reap the benefits of cheap private mileage but can also have the satisfaction of knowing they are doing their bit for the environment, without the associated hassles or upfront costs of running a fully-electric car.

With CO2 emissions of 41g/km (44g/km for the Estate), the tax position is understandably favourable. A higher rate taxpayer will pay £254 per month in BIK, compared to more than £400 for an E 220 d.

Boot space is also affected by the battery, as the E Class platform was not designed to integrate electrification in the same way as the Volvo S90.  You lose 140 litres of boot space in the saloon and 160 litres in the estate.

There is also a weight penalty of about 300Kg, meaning outright efficiency is going to suffer.

These things considered, the E 300 de is still a compelling company car choice. It provides the performance of a six-cylinder diesel engine with the potential to be more efficient than a four cylinder one, all wrapped up in a stylish and luxurious package.