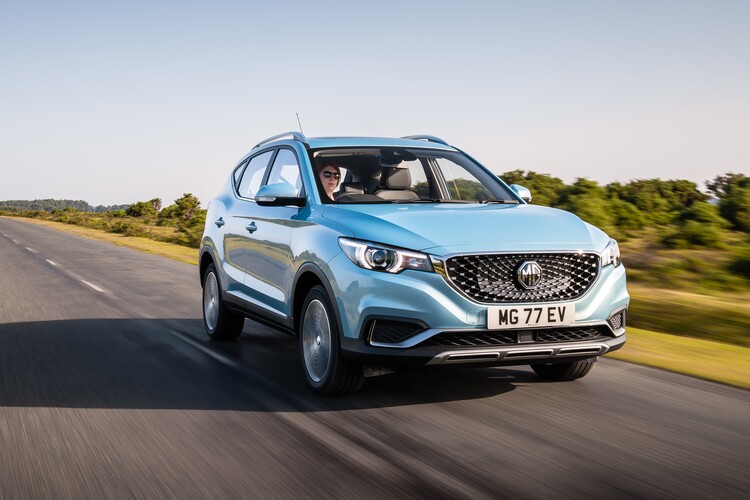 MG is looking to revolutionise the car market by launching what it says is the first “truly affordable, family-friendly electric car”.

A bold claim, but one that could find favour in the fleet market.

The new model is based on the ZS that launched last year, although MG says the platform was designed for electrification from day one.

It means there is no loss of practicality or boot space as a result of the 44.5kWh battery pack being installed in the car’s floor.

The problem with the original ZS is that its 1.5-litre petrol engine has emissions of 140g/km, making it unsuitable for most fleets.

With the launch of the ZS EV coinciding with the Government’s announcement that electric cars will attract no benefit-in-kind tax in 2020, MG’s timing was fairly apt.

The ZS EV looks identical to a regular ZS, so drivers looking to keep their environmental credentials under-the-radar may be attracted to the small SUV.

It’s a sharp-looking car that could be mistaken for a Mazda CX-5 from certain angles.

The battery provides a range of 163 miles (WLTP), which is competitive for a vehicle in this price bracket. It’s nowhere near that of the Kia e-Niro or Hyundai Kona, but the ZS is much cheaper and, more importantly, available in the UK without crazy lead times. In China, MG owners SAIC has opened a new battery factory capable of producing 300,000 units per year.

MG Motor UK wouldn’t give specific figures but stated that it has “no supply issues” with the new electric model.

The electric motor develops 143PS and 353Nm, providing a decent surge of power with seamless delivery.

Our test route was confined to London, so we’ll need to get behind the wheel for longer before we can give a definitive review of the ZS EV’s on-road manners.

Given its close ties to the regular ZS, and weight penalty, the car feels slightly firmer than its conventionally-fuelled brother and provides less crisp handling.

The car is compatible with 50kW rapid chargers and can add 80% capacity in 40 minutes. The battery is also water-cooled, which should maintain performance in varied climates and allow for frequent rapid charges.

Specification levels are high, with base Excite and Exclusive (£2,000 extra) available. Neither offers the highest levels of quality, but at this price point that is expected.

MG dealers are encouraged to be more active locally as the ZS bids to appeal to SMEs.