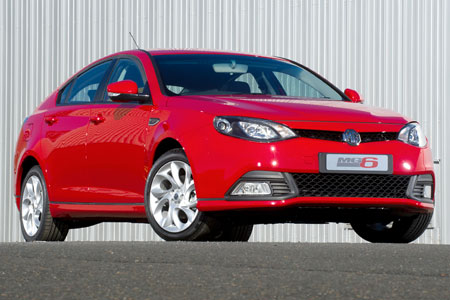 It’s been seven years since the failing MG Rover was split into Chinese ownership and almost five years since the MG brand returned to the UK with the back-from-the-dead MG TF roadster.

But it probably wasn’t until 2013 that the brand had any chance of appearing on fleet radars – with the exception of the short-cycle rental market.

The MG6 (in hatchback GT or Magnette saloon) body style was launched in March 2011 as the brand’s first all-new model under Chinese ownership, but has been offered with a diesel engine only since January of this year.

The 150bhp 1.9-litre is the first diesel engine from Shanghai Automotive, although it was developed and engineered in the UK, and comes with common-rail technology, a variable rate turbocharger and idling stop-start.

There’s 258lb-ft of torque available at 1,800rpm and the diesel is a responsive performer, if a little noisy. 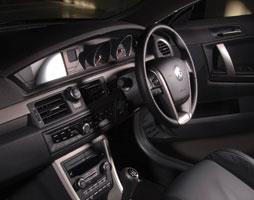 The steering, although direct, is rather light, while the MG6 manages to feel sharp enough on the road without too firm a ride.

It’s roomy and comfortable inside, feeling large next to the C-sector cars with which it competes on price, although some of the materials don’t feel up to the level of quality offered in rivals.

Less impressive is its CO2 emissions of 139g/km – high for a modern 150bhp diesel – which compares poorly with the Skoda Octavia hatchback 2.0 TDI at 106g/km even if it is £2,000 more expensive.

The MG6 also has a four-star Euro NCAP rating, lower than most new cars in this class.

It’s possible to see the attraction of the MG6, a car that is competent in some areas. But only for an MG enthusiast who wants to keep the marque alive in the UK under its Chinese owners or where a trustworthy dealer with the franchise is located near a small business and is capable of providing the support for business vehicles.

But with fewer than 30 dealers for sales, and a little more than 40 outlets for servicing and repair, it is perhaps too early for a business to add the MG brand to its choice lists and expect it to have the appeal of established fleet players.