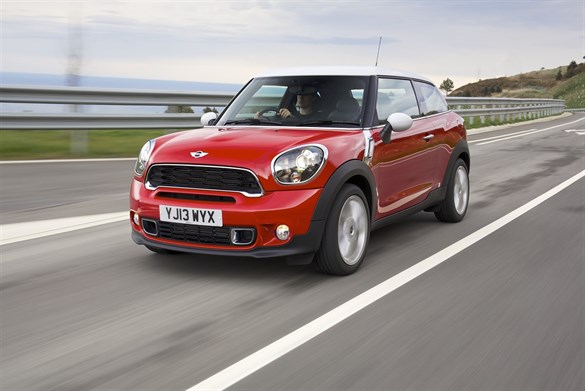 A more sporty silhouette could broaden the appeal of Britain's favourite car in the corporate sector this year.

Unique styling and a lower stance have the potential to help new versions of the Mini build on the recent success of the brand with fleets, believes product and planning manager Dave Tuckett.

“We achieved record UK sales of more than 50,000 units last year and corporate business accounted for 26 per cent of our 12,000 Countryman sales. Registrations so far this year show we're on track to do even better in fleet and we are confident the new Paceman line-up will tick all the boxes with user-chooser drivers who are looking for something different.

“Our research has identified a fresh sales opportunity as greater interest is being shown in crossover models and we feel the option of four wheel drive will play a critical part in the appeal of this model,” he said.

Speaking as the seventh interpretation of the revitalised supermini was launched in Spain, Tuckett told Fleet News that the five-strong Paceman line-up had the potential to boost total Mini sales by 4,000 units this year. 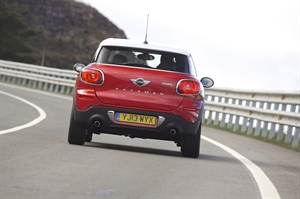 “The Evoque has been a significant success for Range Rover and our car offers similar appeal in a smaller, less expensive package. The ALL4 is an attractive alternative for buyers looking to downsize,” he said.

The new top-range Mini is based on the five-door Countryman, introduced last year and already accounting for one third of total registrations. Boasting unique looks, it stands on large alloy wheels, has a 4cm lower sloping roof and is the first Mini to feature wraparound rear lights.

Despite its more upmarket stance and having rear seat accommodation styled around two comfortable chairs, the car remains practical with boot space only marginally less than the Countryman at 330 litres. With the rear backrests folded, load volume rises to 1,080 litres, but legroom is restricted for adults when the backrests are in place. 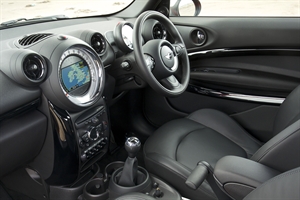 With two-litre power, the flagship diesel Paceman sounds gruff at idle but is a spirited performer. Over a demanding hilly route, it impressed with ample torque providing good flexibility and smooth pick-up in higher ratios and the long sixth ratio gave the car a relaxed feel in motorway cruising. Revised suspension settings promote sharper cornering, but regular suspension and ride height are a no-cost option.