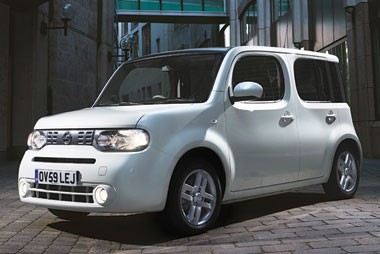 Nissan is not a manufacturer that shies away from a niche product.

Since abandoning the core fleet heartlands when the Almera and Primera died in 2006, it has carved out a successful run of producing models which do not conform to a particular sector… think Note and Qashqai.

And now it’s the turn of the Cube – a quirky city car which has been hugely popular among those achingly cool Tokyo types since its launch in 1998.

With Nissan on track to sell a million examples in Japan, it is now bringing the Cube to the UK. Initial sales aspirations are modest – it expects to sell 2,000 units in the UK this year, with fleets taking around 600 units.

Nissan GB national corporate sales manager Barry Beeston said: “We see opportunities with Cube among businesses which want a unique proposition – it’s a statement car and one that will have a halo effect on the rest of the range.”

Beeston said there is no push on volume, which discounts any Cubes finding their way to a rental fleet near you.

"Instead, Cubes will be sold to small companies, most notably those operating within the trendy hotspot of east London.

Inside the Cube offers spacious accommodation for four adults and all the controls are light and easy to use for those inter-urban journeys the Cube will be making.

You’ve certainly got to want to make a statement to drive a Cube – it looks like nothing else on the road.

As a promotional vehicle it has its uses, but with prices starting at £14,000 it is a fairly pricey fashion statement.