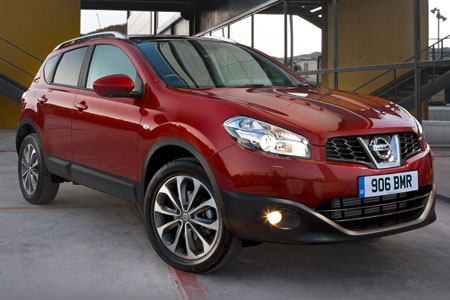 Nissan’s Qashqai has been one of the brand’s most successful cars in its relatively short five years on sale, and a huge success story for Britain.

Combined with the seven-seat Qashqai+2, more than a million have been built at Nissan’s Sunderland plant since the car was introduced in 2007, while the car itself was designed at Nissan’s studio in London and engineered at Nissan Technical Centre Europe in Bedfordshire.

Twice a Fleet News Award winner, it’s hard to point to a more British car on the road.

It also seems to have caught the imagination of the public, who had been deserting Nissan’s previous mainstream fleet contenders – the Almera and the Primera in their droves.

Although the Qashqai’s mid-life facelift took place in 2010, a minor update has happened for 2012 with a new 1.6-litre diesel engine to replace manual versions of the 2.0 dCi. The 130bhp engine comes with stop/start technology and has the same torque output as the old 150bhp 2.0 dCi at 236lb-ft. The larger engine remains in service with automatic transmission only.

It means CO2 emissions for front-wheel drive versions are 119g/km, with fuel consumption of 62.8mpg on the combined cycle. Even for versions with four-wheel drive the CO2 is 135g/km with fuel consumption of 55.4mpg, making it one of the most fuel-efficient 4x4s on the market. Nissan still offers a PureDrive-badged 110bhp 1.5 dCi, but CO2 emissions are 130g/km.

Also new is the addition of N-Tec+ variants between the mid-grade Acenta and top-of-the-range Tekna. N-Tec+ adds the Nissan Connect navigation and control interface which has been used in the latest Micra and the Note, and provides connectivity with external audio devices and mobile phones plus reversing camera monitor. It also has a panoramic glass sunroof, with an electrically-retractable blind.

For range-topping Tekna models it includes Around View Monitor which provides a 360° view of the car for reversing manoeuvres, and to date has been available only on some premium cars. This feature is an option on lower equipment grades.

The car is easy to drive with excellent visibility from the raised driving position, and is very comfortable. The ‘urban proof’ slogan from the marketing campaign seems to suit it. The Renault-sourced 1.6 dCi engine is exceptional, with really surprising performance for the efficiency. It achieved a genuine 58mpg on a long motorway stint barely run in, just a few mpg lower than the official combined cycle figure.