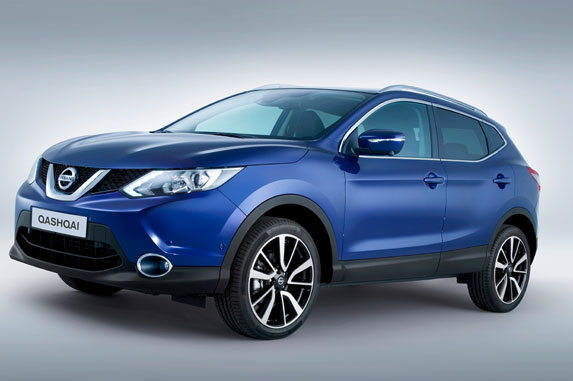 Customers have played a key role in helping Nissan make sure its next new car wins the same showroom success as its smash-hit predecessor when it goes on sale this month.

Hundreds of interviews led to drivers in Britain, Germany and France being sworn to secrecy when they saw the company’s plans for the car two years ago.

“We asked for their views about our aims for styling, pricing and specification and feel we reached the perfect package – I think the result re-invents the C-segment crossover,” said Nissan Motor GB marketing director Guillaume Masurel.

The research has resulted in a longer and wider car. Improved appearance and a more substantial and upmarket styling go with added refinement from a 40kg weight reduction (about half the weight of an average man).

All power units in the new range boast upgrades in efficiency and performance, but none more so than the 1.5-litre dCi motor. The reworked unit makes the Qashqai the only car in its segment to offer 99g/km and 74mpg economy; improvements of 24% and 29% respectively.

“We think we have a terrific proposition for business users, especially as it comes with lower maintenance costs and 20% reduced insurance premiums,” said product manager Niels Van Der Burg.

“But higher residuals are the icing on the cake and the 50% prediction we’ve been given after three years should help us offer very competitive monthly rates.”

It feels relaxed on motorways with high gearing achieving 70mph at only 2,000rpm.

It might have the most sedate acceleration rate of all the engines on offer, but the 1.5-litre Acenta Premium is capable of maintaining a brisk pace and handles with surprising agility for a ‘tall’ body design that allows space for five and maximum loading versatility.

Just 47mm longer and 20mm wider, it feels noticeably bigger and has greater headroom despite a 15mm reduction in height. Boot space is also increased by 20 litres to 430 litres.

Consistently popular since it burst on the scene seven years ago, the new Qashqai carries styling cues from the original but sets a benchmark in convenience, safety, reduced running costs and equipment levels.

Small wonder that company cars are expected to account for 55% of sales.