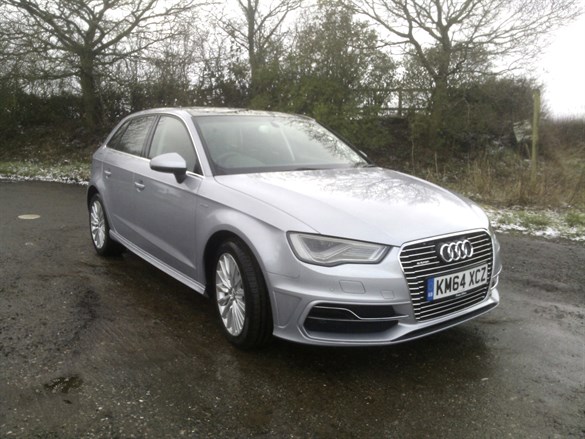 Fleet managers know how differing traffic conditions and driving styles can have a big impact on the running costs of a vehicle. Subsidised fuel is another variable to be factored into calculations for overheads, should they decide to make the switch to hybrid transport.

With up to 31 miles of travel from each charge of its battery pack, our e-tron is showing just how much potential subsidy is available from electricity. The greatest benefit is seen over short distances, where use of battery power instead of petrol makes it relatively easy to achieve some spectacular economy returns. But the electronics system seems to be pretty good at finding ‘free’ power at other times.

After starting a 160-mile journey with no  pre-charge buffer to boost economy, the Audi’s computer showed 45.6mpg at an average speed of 52mph, not bad from a relatively small petrol engine in a car this size and weight.

However, switching to the driveline diagnostics screen revealed that, 20% of the time, I’d been driving in zero-emissions mode. In other words, the transmission was either in the ‘coast’ position, or the battery pack was providing the power for no less than 32 miles.