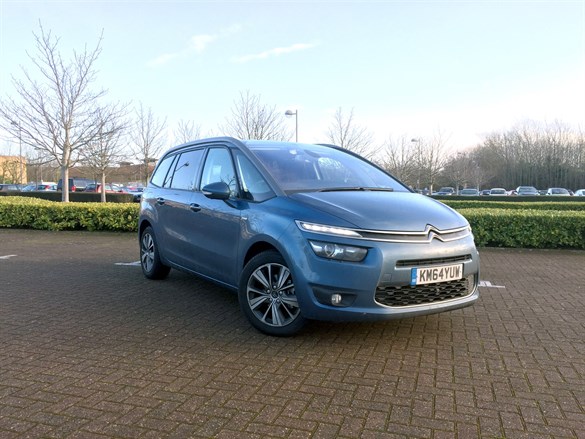 A 1,300-mile week’s road trip to Scotland enabled the Citroën Grand C4 Picasso to show its true colours when it comes to fuel efficiency. Until then, the car had been hovering around the 52mpg mark,

occasionally dipping below 50mpg when faced with a large amount of commuting mileage.

A re-set before the journey began gave it the best chance of impressing. Given that it spent a large amount of the mileage weighed down with either six people or copious amounts of luggage, the results were impressive.

Forget the official combined figure of 70.6 – we’re never going to get near that. I set the car a target of hitting 60mpg, and we got pretty close, topping out at 58mpg. In such a big people carrier, heavily laden, getting within a whisker of 60mpg is remarkable.

The Picasso’s seats are very comfortable, with good (though not great) lumbar support. Our car also had the optional seat massage which helped to minimise any stiffness.

Combined with the ease of driving the car – great all-round visibility, slick gear changes, automatic parking brake release, a willing engine which reduced the need to scuttle up and down the gears – the journey was surprisingly effortless.