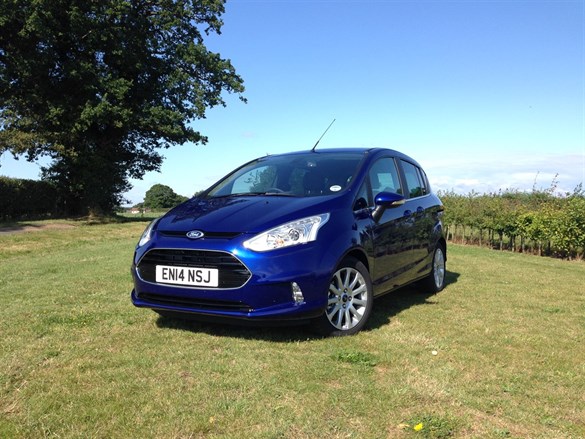 Over the past 10 months, the B-Max has become an unexpected favourite. Its time has been split between web producer Christopher Smith and myself and, although Christopher covered the majority of its 9,500 miles, the past four months have given me plenty of time to appreciate the small Ford.

It wasn’t love at first sight. My first few miles revealed a wheel bearing issue that meant the car needed to be booked in for repair; and it is severly lacking in the street cred department. But street cred, of course, isn’t what the B-max is about – and, while many drivers may well prefer the new breed of ‘baby crossovers’ such as the Nissan Juke and Renault Captur, the B-Max is a practical, useable, comfortable car.

At the car’s launch in 2012, Ford told Fleet News the car is for “people who want more space than a typical B-sector car but don’t want to drive something bigger”, which isn’t a bad summary.

Christopher Smith says: “The B-Max is built on the Fiesta platform, but carries around a £2,000 price premium. All the extra weight the clever sliding doors bring adds 9g/km to the CO2 output, marginally increasing VED and BIK.”

"The main selling point of the B-Max is space, and it has bags of it. Headroom is plentiful, and rear legroom isn’t bad for what’s still a small car. The car’s trump card, though, is the rear sliding doors. Combined with the lack of a B-pillar, it makes access to the rear, whether for passengers or belongings, exceptionally easy."

The B-Max is never going to be a mainstream company car and, despite manufacturer claims of a combined 71mpg, we have only seen a return of just over 50mpg (although this is still a respectable figure). For those who need a little more flexibility than a small car can offer, it’s a nice compromise.

The B 200d is a fairly expensive for a small family car and doesn’t offer the outright desirability that SUV models provide, but from a refinement and practicality perspective it arguably has the edge.