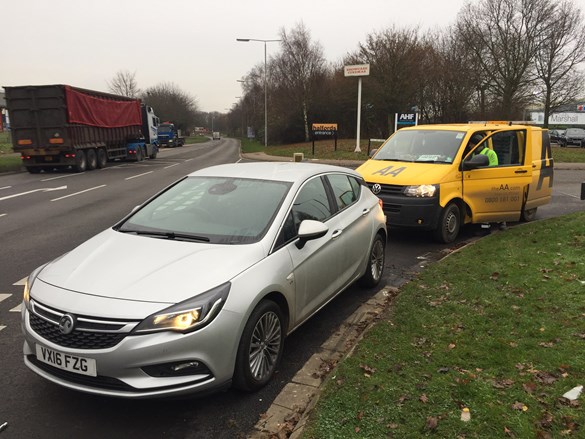 After a little short of six months, we say goodbye to our petrol 1.0-litre Astra.

We ran the car immediately on the heels of six months with a diesel version to evaluate if fleets should perhaps switch back to the green pump.

And our verdict, notwithstanding the various issues we’ve had with this particular vehicle over the past few months, is a no – we’d still stick with diesel, for now.

Real world fuel economy is the main reason – we saw averages between 40mpg and 45mpg throughout our time with the car, against a combined official figure of 64.2mpg.

This is compared with the equivalent 110PS diesel, which achieved around 58mpg against an official 76.3mpg during our time with an estate model for this test.

On paper, the petrol car costs just 0.16p per mile more to run than the diesel, but we suspect this would be a wider gap taking into account fuel.

The lack of a sixth gear also made the driving experience less pleasurable than it could have been.

The departure of the car proved to be a little earlier than expected, thanks to the continuation of an issue we reported last time.

The car flashed up an error saying ‘transmission, service soon’, and our local dealer diagnosed this as riding the clutch, and reset the systems.

Not much more than a week later, the car went into limp home mode not more than 100 metres from the dealer on a commute into work.

Trying to get it going again, I made the fatal mistake of attempting to restart the car, after which the ignition would not start again.

The local dealer’s staff aren’t insured to work off the premises, so The AA had to be called to tow the vehicle the short trip round a roundabout to the dealership.

It wasn’t a straightforward fix, taking the dealer a few days, and eventually was diagnosed as being a crank sensor fault.

The Astra as a model is a cracking car. Although our particular vehicle has had a number of issues, based on our experience with the car and replacements throughout its time with us, it’s definitely worth considering.