"Whichever 208 you choose, expect agile and alert steering and a ride that felt purposefully firm on our test route." 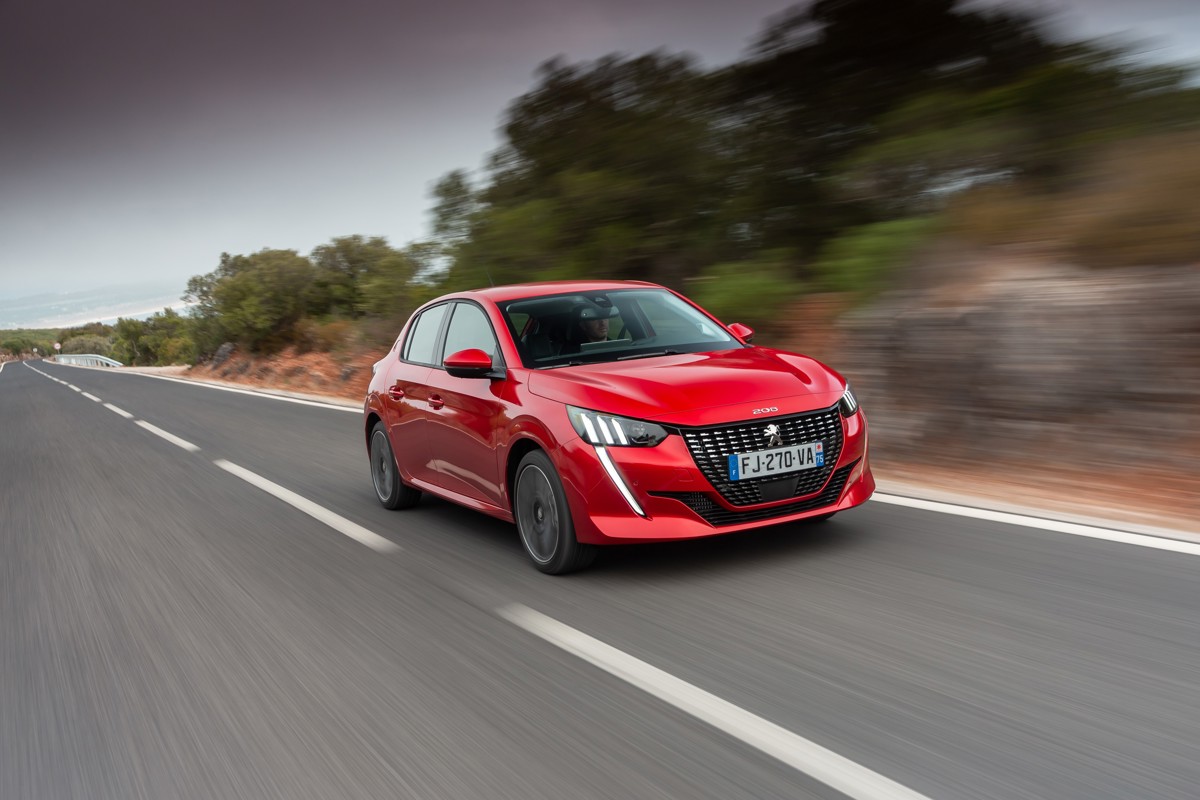 You might look at this new Peugeot and wonder why its name doesn’t follow on numerically from the previous one, as it has since the 205 of the 1980s. We reckon it’s because the previous 208 was the first small hatchback from the French maker since then to capture something of the original model’s flair and fitness for purpose.

So, this new 208 is a continuation of that good work rather than a spur off in another direction – and that’s good news because, while its predecessor was the best small Peugeot supermini in decades, there was still room for improvement.

Let’s start with the cabin. While the older car was nicely styled, it featured a lot of naff plastic and felt behind the times in terms of technology.

Addressing those issues is a noticeable uplift in the quality of materials used (although you can still find harder surfaces lower down), a padded dashboard, and a swathe of carbon fibre-effect material that is, at the very least, attention-grabbing. 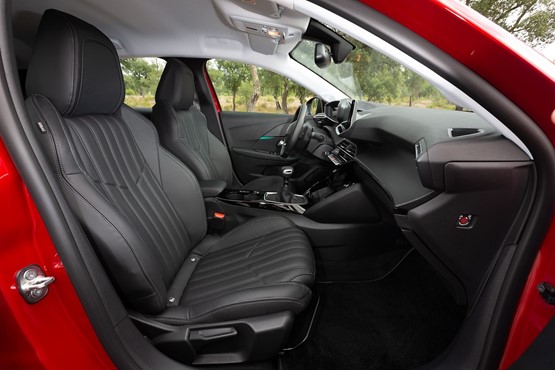 A tall seven-inch infotainment screen with Apple CarPlay and Android Auto takes care of most of the car’s functions, with a set of chrome piano-style switches to help navigate its menus.

A 10-inch version with in-built sat-nav isn’t standard on any petrol or diesel 208 trim but can be specified as an option.

While base-spec Active models get a set of analogue dials, Allure and GT Line trims (plus the electric-only GT model) feature a 3D digital display, which works a bit like an LCD dial screen but introduces several see-through layers, allowing less important information to be projected slightly behind things like your speed. This works very well. 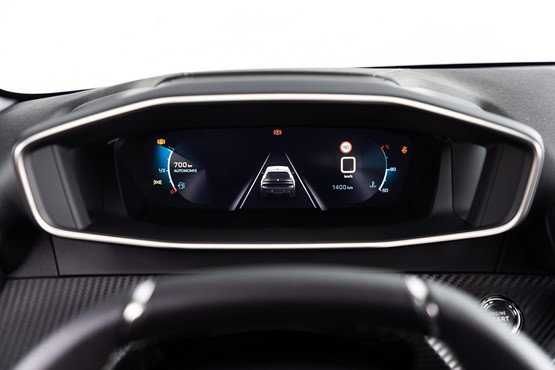 With reference to its speed, the biggest change this time around is the addition of an all-electric model, which we’ll get onto shortly, and a fast-shifting eight-speed automatic gearbox for the combustion-engined models.

Here you can choose from a 75PS, 100PS and 130PS petrol (all with 1.2-litre three-cylinder motor) while the diesel line-up features a 1.5-litre unit with a single 100PS output – reflecting the waning appeal of what has now become a niche fuel choice in a supermini.

Peugeot believes the mid-powered petrol will be the most popular and it’s easy to see why – it’s the best all-rounder thanks to the availability of automatic or six-speed manual gearbox and, with 205Nm of torque, it provides enough mid-range shove for daily driving applications. Expect 0-62mph in 9.9 seconds.

Running costs should be low too – the petrol line-up ranges from 93-108g/km of CO2 across its broad spread of power outputs and gearbox choices, while the diesel offers 84-92g/km. That’s a hard thing to recommend, though, due to the relatively inert way it deploys its power and the fact that you can get broadly the same emissions from the cheaper petrol versions.

Of course, the best choice for tailpipe emissions is the electric-only e-208 – here a 50kWh battery and motor combine for 136PS and 211 miles of range. Expect this to dip if you want to regularly experience the 8.1 second 0-62mph time. Peugeot expects this to make up 10% of sales – more than the diesel – but reckons it’ll have no problem keeping up with that demand.

Whichever 208 you choose, expect agile and alert steering and a ride that felt purposefully firm on our Portuguese test route. That could become an issue in the UK, particularly in sportier GT and GT Line cars.

In terms of noise, it feels quite refined, with little wind whistle and quiet engines, particularly the virtually silent EV.

Elsewhere, comfort levels are good in front and less so in the back, where there’s not a huge amount of leg- or head-room. The boot is a middle-of-the-road 311 litres whether you pick a conventional engine or the EV – more space than a Fiesta, but less than a Clio.

So, is the Peugeot 208 a good fleet choice? Well, the last car was a proper return to form, with a broad appeal and unconventional looks that were instantly recognisable. This 208 builds on that with an enhanced tech and driver assistance package, plus an all-electric model, and offers a style than none of its rivals can match.

It certainly looks more orthodox, but still manages to stand out in a world where car design seems to be rapidly converging.