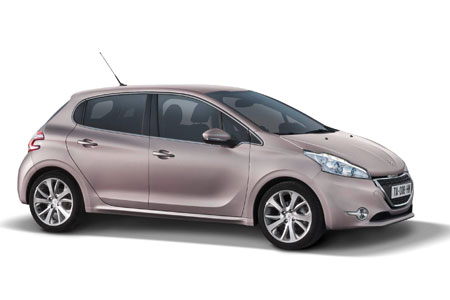 Petrol could soon be overtaking diesel as the favourite driving force in the latest car from Peugeot.

It will power two new three-cylinder engines that are set to play a star role in the 208, the next-generation three and five-door supermini range due in the showrooms at the end of June.

Lightweight and fuel efficient, the 1.0-litre and 1.2-litre motors have the potential to end years of heavy-oil dominance in the French firm’s business car line-up, believes fleet director Phil Robson.

“Historically, diesel has been the fleet favourite at Peugeot – we’re famous for it,” he said. “But fielding two petrol engines sized below 1.4 litres gives us access to an extra 40% of potential sales in a sector that represents a quarter of the total fleet market.

“This is an area where our 207 range was never able to compete, so my bet is that the economy, low emissions and no-compromise performance of these motors will make them our next key fleet players.

“This is a car that bucks the trend by downsizing itself while protecting all the internal dimensions of its predecessor,” he said. “It will have strong appeal in the public sector, where many customers have been telling us that small cars are getting to be too big.”

An average 114kg lighter than its predecessor, Peugeot’s fourth two-series product since 1983 is quieter, more comfortable and better finished than the 207, the company’s top UK fleet model last year with more than 10,600 registrations.

Significantly more agile, it has confident handling and a smaller-diameter steering wheel offers the flick-switch alacrity of a go-kart. One of the car’s major innovations, the wheel also lets the driver see the dash panel over it rather than through it to make sure the instruments are always in the natural line of sight.

Particularly impressive with a crisp, smooth and free-revving flow of power, the motor is eager, fun to drive and has a demeanour that belies official performance figures from a unit developing 82bhp. Significantly, it was quieter and more relaxed during motorway cruising than the 120bhp, 1.6-litre petrol engine.

Robson said: “We are expecting the three-cylinder engines to drive growth, but our changing fleet business model means only 700 examples of the 208 will go to national daily rental firms in the next 12 months. The sector had 4,500 examples of the 207 in 2010, so we will be starting with a considerable shortfall.”