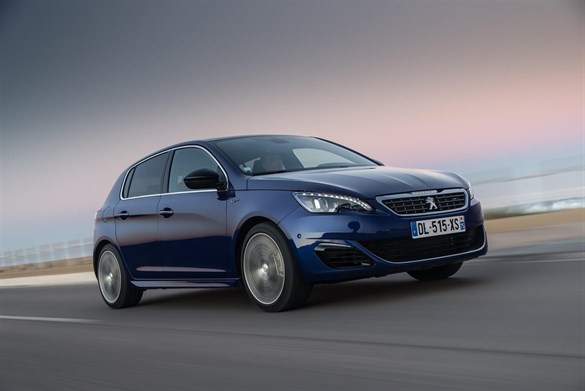 From a fleet perspective, Peugeot admits it had a problem with the old 308, whose terrible residuals and – let’s be honest – almost complete lack  of desirability made it little more than daily  rental fodder.

For the new 308, a change of approach was necessary.  So Peugeot set about ditching high-cost fleet sales and concentrating on the more profitable pursuits: genuine  user-chooser contract hire and lease sales.

To underpin this strategy, the company needed a very good product, which the Peugeot 308 is. It has a roughly 8% residual value increase over its predecessor, while 2014 saw a 54% uplift in high quality fleet sales for Peugeot, alongside a 44% decrease in daily rentals, compared with 2013. Helping to keep the momentum, the GT Line cars are the first major update of the 308 range.

The GT range proper is three-fold: there’s a five-door hatchback, with a 205hp 1.6-litre turbo petrol engine, and a six-speed manual gearbox; a 180hp 2.0-litre Blue HDI diesel engine, with a six-speed automatic gearbox; and an SW estate with the same diesel-auto drivetrain.

It’s the diesel hatchback we’re looking at here, though  the only difference between it and the SW is the latter’s  enormous 610-1,660-litre boot, which will take the list price up to £26,846.

This is not a bargain warm hatchback. A diesel 308 GT costs more than an equivalent Seat Leon FR 2.0 TDI and a Skoda Octavia vRS. For that reason, some may find the lower-powered GT Line models much more justifiable, featuring all the show of a GT but with three-cylinder petrol and lower-powered diesels under the hood.

The GT model has one of the neatest, highest quality cabins in the sector. It is rammed with equipment, most of which is controlled via a large and gloriously high-resolution 9.7-inch touch screen.

It is also pleasingly idiosyncratic – the small steering wheel and high-mounted instrument cluster aren’t for everyone, but they do give the 308 a dynamic edge, especially in the sporty-oriented GT, where the aggressively-moulded steering rim and sharp turn-in make for an agile feeling car.

Peugeot doesn’t see the GT as a hot-hatch, so, although it sits on lower suspension than ordinary 308s do, it retains a suppleness to the ride, and the engine noise is well dampened. Until you hit the Sport button, that is, which activates a sound emulator that fills the cabin with a completely incongruous V8 roar. Ultimately the appeal of this car lies less in its dynamic ability and more in its combination of great looks, masses of standard kit and an enormous 300lb-ft torque that makes it feel quick in all gears.

Car with character aims to redefine the mainstream C-line range