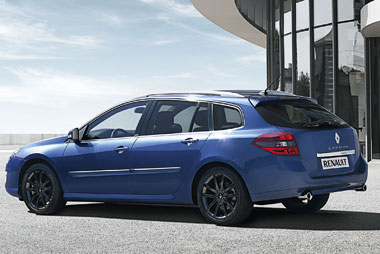 Sometimes the changes that are the hardest to spot are the most worthwhile.

And so it is with the latest versions of the Renault Laguna that began arriving in showrooms at the end of 2010.

It looks hardly different from the outside, but prices are reduced, as are CO2 emissions.

The range has been simplified, which will lead to fewer different variants hitting the used market, which in turn should help improve performance when cars arrive on the used market.

It’s is now possible to choose a Laguna emitting 120g/km of CO2 – the 1.5 dCi has undergone a reduction from 130g/km – while emissions on a total of 10 variants fall within Renault’s own 140g/km benchmark for its Eco2 branding.

Expression, Dynamique TomTom and GT Line TomTom are the three equipment grades, and it is also possible to add groups of extras by choosing one or more packs, which are less expensive than choosing the options separately.

At the top of the range, the 2.0 dCi 180 GT Line comes with the Laguna’s 4Control chassis, with four-wheel steering.

It gives the top version a level of agility that engages the driver and makes it a far more enjoyable car for tackling twisty roads, than other models in the range and most other cars in this sector.

The Laguna’s mild refresh keeps its hand in among recent revisions to the Ford Mondeo and Volkswagen Passat. Although the changes are superficial, the lower running costs will be welcomed by fleets.