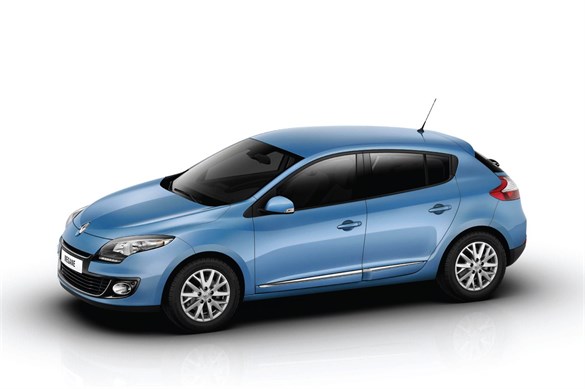 An unrivalled blend of high economy and low emissions will give Renault fresh impetus as it looks to win more fleet business.

“Most of the cars that were withdrawn featured in Motability and daily rental and even though we operated at a loss in both areas, we expect the consequences to result in flat or even reduced volume,” she told Fleet News.

“However, we’re confident the move will have no impact on our key account or contract hire business – these are our core channels and we expect them to welcome the enhanced credentials of our new Megane line-up.”

After winning more than 7,100 business registrations last year, the 1.5-litre dCi hatchback is likely to remain Renault’s best-seller this year with an impressive transformation that has had a dramatic effect on fuel economy.

In its latest guise, the motor is claimed to achieve more than 80mpg to allow a theoretical range in excess of 1,000 miles – sufficient for a drive from Manchester to Monaco.

“None of our rivals can match this level of frugality and it comes with the C-sector’s lowest tailpipe emissions figure of 90g/km into the bargain. This combination is the core platform from which we plan to move forward,” said McLaren.

Under the bonnet of one in every three vehicles from Renault, the new motor has 15% lower emissions than its predecessor thanks to stop-start technology.

But with a variable geometry turbocharger, revised fuel injection and exhaust recirculation features borrowed from the 1.6-litre dCi 130 – launched last year and the most powerful engine of its size so far – it is also quicker off the mark and pulls with added vigour.

A brief test drive soon revealed the new engine to be an impressive performer and a 50% cut in noise levels makes it significantly quieter as well as more refined.

The availability of maximum torque from only 1,750rpm results in a wider power band that allows less gear changing and a top gear ratio that equals 32mph per 1,000rpm means motorway cruising is particularly relaxed.

Available now, the Megane features minor cosmetic changes and appears little changed – but what lies under its bonnet should win considerable interest from fleets looking to minimise operating costs.