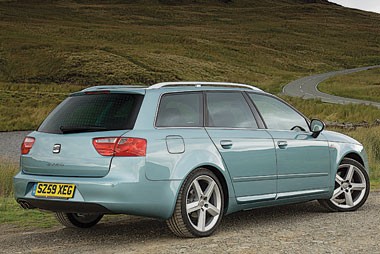 After several months behind the wheel of the Seat Exeo, the car has proved itself worthy of fleet managers’ considerations, as it leaves us.

It is well priced, well specified and drivers will be happy with its on-road capabilities.
On the cost front, according to CAP, the Exeo 2.0-litre ST 143bhp CR SE should cost a fleet 36.6p per mile over a three-year 60,000-mile term.

This compares favourably with the market leaders in this segment such as the Vauxhall Insignia 2.0 CDTi Exlusiv, which comes in at 37.9ppm for three years and 33.6ppm over four years, and the Ford Mondeo 2.0 TDCi Zetec (36.4ppm and 32.2ppm respectively).

Standard equipment levels are high, and have just got better with the launch of the Exeo Tech.

It was always noticeable in our test car that, for a vehicle where the vast majority of sales are destined to go into fleet, it lacked satellite navigation.

Seat has now addressed this by launching the new Tech version, which bumps the retail price up by £875 to £21,270.

For that extra £875, the car comes with £3,270 of extra equipment, including full colour satellite navigation, which makes this new model the Exeo to opt for.

Even with emissions hitting 143g/km, which means company car drivers will be in the 19% benefit-in-kind tax band, the Tech version only adds an extra £2.77 a month to their tax bill (20% tax payers).

Along with the DVD-based sat/nav, there is a BOSE audio upgrade, black leather upholstery and an iPod connection in lieu of the standard glove compartment-mounted USB port.

Apparently these are among the most common specification options company car drivers have been ticking when ordering their Exeo.

Seat said it created this model specifically with fleet and business buyers in mind. They make up the lion’s share of Exeo customers, so it makes sense to provide them with what they want, Seat says.

This new model also builds on the residual value predictions, which currently stand at 30% after three years/60,000 miles for the non-Tech version, but rises to 32% for the Tech model.

This is a significant RV rise and should help Seat appear on more fleet managers’ radars, which in turn will help it continue to achieve its long-term ambition of becoming the manufacturer of choice for fleets.