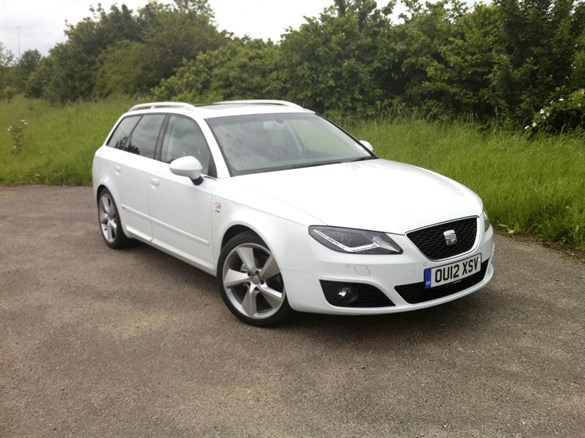 Seat has made significant inroads into the corporate sector in recent years, thanks in no small part to compete with fleet favourites on costs and CO2 emissions.

Ecomotive versions of the Leon and Ibiza in particular have been key to Seat winning new business, but our latest arrival for evaluation is more about improving the image of the Seat brand with user choosers.

The Exeo is Seat’s upper-medium sector contender with its roots firmly in the previous Audi A4. This allows the Exeo to offer an upmarket feel and an engaging feel.

It comes with the compromises of a car that began its development toward the end of the last century. Rear seat space is typical of premium upper-medium cars circa 2001 rather than the generous leg room we expect in today’s Mondeos and Insignias.

The Exeo was introduced in 2009, and allowed Seat to compete in an important sector with a car that essentially had already been developed.

There are some minor revisions for 2012, including some styling changes and a distinctive LED daytime running light pattern.

We’ve also chosen the Sport Tech equipment grade. Based on Sport with its 18-inch wheels and firmer suspension compared with the SE, Tech adds features such as satellite navigation and Bluetooth.

I also decided to plump for the automatic gearbox at a premium of £1,495. On the diesel Exeo it’s a Multitronic CVT, which aren’t everyone’s idea of a good auto transmission although always very smooth.

But for the mileage I cover I’d rather the higher P11D value and BIK tax bill from the slightly higher CO2 emissions for the comfort and convenience.

Any regrets so far? If I’d waited a little longer I might have been able to choose a low-CO2 Ecomotive version which has taken a while to reach the Exeo range, although for that I would have had to give up the automatic gearbox.