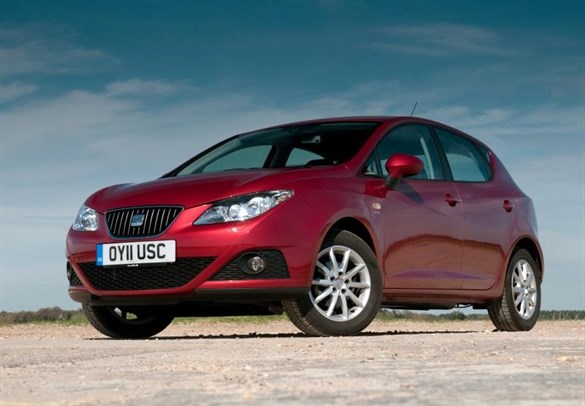 The Ibiza Ecomotive is one of the most frugal cars on sale in the UK, with a combined cycle fuel consumption figure of 80.7mpg.

While we know the official tests are conducted under lab conditions and are only meant to be a benchmark, we have been surprised not to have come within 20mpg of this target in normal driving.

Having done a few hundred miles in the car, and having tried to drive gently, I’ve noticed a number a few issues about driving it that might make it more difficult to achieve 80mpg.

Firstly, the car is running on cold weather tyres which might have an impact on fuel consumption since the standard tyre on the Ibiza Ecomotive would be one intended to minimise fuel consumption.

The car also has a five-speed gearbox and while third, fourth and fifth gears are optimised for low fuel consumption but it takes some practice as its surprisingly easy to think fourth gear will be good enough to accelerate away when leaving a 30mph speed limit, when really you need third gear.

This combination of the engine labouring followed by snatching a lower gear and the revs rising would also have an impact of fuel consumption.

And during the official test cycle, with the car being driven using the recommended gear-shift points as per the dashboard display and possibly getting some use of the stop/start system, it really performs under optimum conditions.

I don’t know how many drivers would pay too much attention to the gearshift indicator, and for the stop/start system to work effectively, drivers need to be in the habit of using the handbrake and selecting neutral (after the engine has warmed up) for the engine to switch off.

Additionally, during the winter, with extra electrical drain on the engine from using heater, lights and maybe windscreen wipers, and the engine taking a little longer to warm up, the odds are stacked against stop/start making a difference.

We’ll keep trying and the winter tyres come off soon, but I expect we’re not the only ones struggling to reach 80mpg in one of these cars.