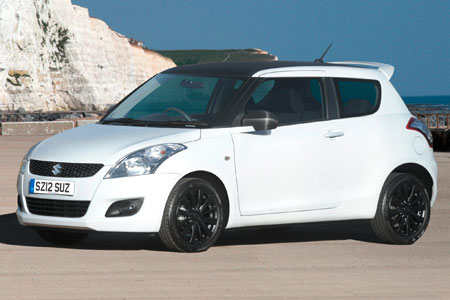 For years we have tended to pay little attention to Suzuki. It has been a reasonably successful niche player in retail, with low-cost and reliable cars but hasn’t sought fleet business.

But with a range of low-cost and reliable cars, it’s already well on the way to ticking boxes that might interest fleets, and last year it appointed Andrew Wale as its corporate sales manager.

The manufacturer was already well on the way to increasing its share of the fleet market by the time Wale joined, and it finished the year having registered almost 3,000 vehicles to fleets – a 183% increase on 2010.

The best opportunity for the brand so far has been establishing relationships between its dealers and local businesses, and 10 months ago, Wale suggested other areas where the brand could make in-roads.

He said: “We will be looking in particular at the public sector, where our vehicles can be of real value, not least the 4x4s with their ability to keep people on the move during winter weather. Salary sacrifice schemes, driving schools and Motability sales will also yield important prospects.”

And he also talked about establishing relationships with the leasing companies and ensuring dealers had the necessary support to develop corporate sales.

The lion’s share of these sales will be taken by the Swift, which was given its latest incarnation in 2010 and, aside of a well-liked Sport warm hatch, also offers a choice of frugal 1.2-litre petrol engines and a 1.3-litre diesel.

Although the diesel achieves 109g/km and currently falls under the 110g/km threshold for capital allowances, so does a Volkswagen Passat Bluemotion.

The diesel – with no additional fuel-saving technology – looks like it isn’t working hard enough.

The 96bhp 1.2-litre petrol model on the other hand, with 56.5mpg and 116g/km looks reasonably attractive for a standard small car that doesn’t have stop-start, energy recuperation, special tyres or aerodynamic aids to achieve ultra-low CO2.

A special edition called Attitude was launched this year based on the SZ3, and comes with upgraded black 16-inch alloys, front fog lamps, rear privacy glass, and black roof and door mirror wrap for a modest premium of £90 over the entry-level SZ2.

While the Swift lacks some of the upmarket materials found in the Polo and Fiesta, it’s neatly designed and quality is more than adequate for a car of this price.

It’s nimble around town and the 96bhp 1.2-litre engine provides enough responsiveness and comfort to make it an acceptable occasional motorway car.

While it’s unlikely Suzuki will become a big player in the fleet sector, its new fleet customers should have little cause to complain about products like the Swift.