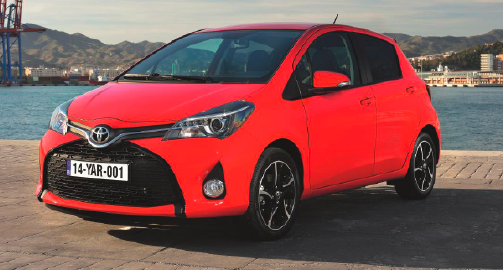 Corporate drivers are playing a key role in a campaign aimed at creating a fresh sector in petrol-electric transport in Britain.

Superior operating economy and big reductions in benefit-in-kind tax are prompting fleet motorists to think twice about hybrid power in small cars, according to Toyota GB.

“Retail buyers usually dominate sales of B-segment products, but the fleet market is now accounting for more than 40% of hybrid versions of the Yaris, our most popular car in the UK,” said marketing director Chris Hayes.

“This model achieved 3,000 sales when it was introduced in 2012 and that figure doubled last year. We’re now confident of reaching more than 9,000 registrations this year – there’s no doubt that the hybrid Yaris is our rising star.”

In an interview at the launch of the next-generation supermini range in Germany, Hayes said the twin-power model was attracting more conquest business than conventional petrol or diesel versions and was also achieving higher levels of satisfaction and retention.

“Yaris is appealing to a lot of fleet customers and with tailpipe CO2 emissions of only 75g/km, the latest version offers a unique package of benefits as well as being the only non-EV plug-in that is exempt from the London congestion charge,” he said.

“Even though the Yaris is available with two petrol engines and a diesel motor, interest in this version is strong enough for us to think it will be accounting for half of all our supermini sales before 2020.”

Fine tuning has provided a 4g/km reduction in tailpipe emissions for the facelifted model, which features an adaptation of the X-based frontal styling introduced on the Aygo.

In a move aimed at widening appeal, Sport and Excel grades are added to the Icon and Excel trim levels, but equipment is generally high throughout the range, with air conditioning and a multimedia system as standard on all but the entry-level car.

“Economy topping 80mpg and an almost total absence of NOx and particulate emissions mean our hybrid story is going from strength to strength,” said Hayes.