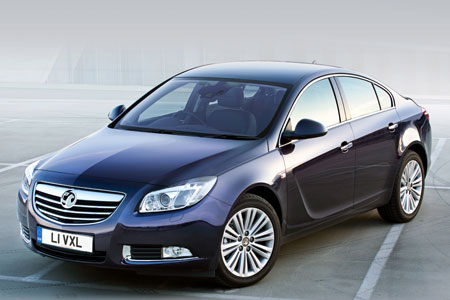 The Insignia has played its part in elevating the image of Vauxhall over the past few years. A more upmarket appearance and feel compared with its predecessor, the Vectra, helped make it a far more serious possibility for user-choosers as well as making those who have little choice over their type of car more of a feel-good factor.

It seems a recipe for success which has served Vauxhall well with this car, and made it the best-selling upper-medium car in the UK in 2011.

With a good range of low-ish CO2 variants in the Ecoflex line-up, combined with a pokey 160bhp version of the 2.0 CDTi diesel engine, the Insignia was eye-catching both on paper and in the metal.

But development moves quickly in the automotive world, and at the top of the agenda for the Insignia’s first facelift were even lower CO2 emissions as well as a few interior refinements.

Unlike many sub-120g/km cars in the upper-medium sector, the Insignia achieves its low CO2 emissions with a decent 130bhp, or 160bhp with CO2 emissions of 116g/km and 115g/km respectively (both power outputs achieve 119g/km in Sport Tourer variants). This gives it a
performance advantage over cars like the Volkswagen Passat 1.6 TDI, Ford Mondeo 1.6 TDCi and Peugeot 508 1.6 HDi, all of which have less powerful engines, but not so the new Korean pretenders from Hyundai and Kia, with the i40 saloon and Optima.

Ecoflex variants of the original Insignia managed to achieve reductions in fuel consumption and CO2 through clever aerodynamics which extended to carefully designed components to smooth the airflow under the car. For revised versions of the Insignia, further gains are made through the addition of stop/start technology, as well as a new electric power steering system fitted to manual versions, resulting in a CO2 emissions cut of more than 10g/km.

Although the interior of the Insignia always looked the part at first glance, the audio controls and navigation interface were something of a baffling ordeal.

While they still are to a certain extent, there is an additional interface on the centre console behind the gear lever, making it easier to access various functions, including the sat-nav, where fitted.

Further features included in this mid-life upgrade is the availability of new technology – the sat-nav is SD card-based and can be easily updated by downloading, and a front-facing camera to recognise road signs and display a speed limit reminder for the driver on screen.

The camera system also incorporates a collision warning, and for those cars fitted with adaptive forward lighting (AFL) a high-beam assist function that automatically dips main bean when other road users are detected ahead.

Extra measures have been put in place to reduce noise and improve engine refinement, but the 2.0 CDTi 130 in our test car still sounds a little rougher than the rival Ford-PSA 2.0 HDi and Volkswagen 2.0 TDI. It also has a slightly narrower torque band than the 140bhp 2.0 HDi in the Mondeo and 508 although performance is still reasonable and the gearchange is slick enough.

With maximum pulling power coming in at 1,750rpm there are no obvious flat spots in the power delivery despite the gear ratios being seemingly optimised for fuel economy.

For those people who enjoy their driving, electric power steering systems can often be a disappointment, lacking in good feedback about the road and with an artificial feeling of resistance programmed in.

Here there is a strange elasticity to how the steering feels when turning, which makes it less enjoyable than cars like the Mondeo, 508 and Mazda6.

One of the things that makes the Insignia stand out is its tapering coupé-like roof line, which makes it look attractive but results in poor rearward visibility.

But the Insignia upgrades are worthwhile and maintain its competitive position among upper-medium car rivals. It might not be the best in class, but so far that doesn’t seem to have harmed its popularity.