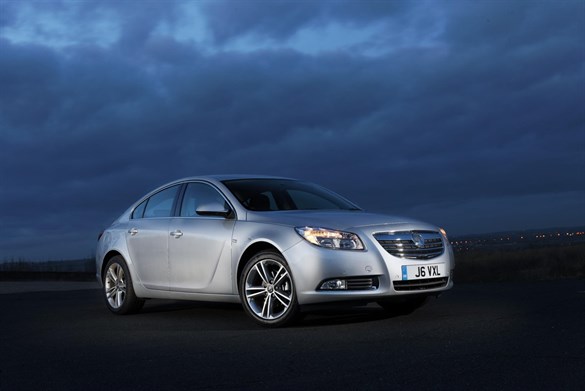 Thousands fewer Vauxhall cars will be driven away from the forecourts this year as part of a move aimed at giving the brand greater kerbside appeal.

After more than a decade of fighting registration plate battles with Ford, the Luton firm is reducing its concentration on volume leadership and setting its sights on a more upmarket showroom status.

It’s a surprise change of tack from last year’s top UK fleet manufacturer and one that is expected to cost it a full one per cent fall in market share.

However, executives believe the beneficial effect on residuals will add substantial amounts to the value of cars with the griffin badge in future - and they claim the move will be boosting the worth of a six-month-old Insignia by around £1,000 by the end of this year.

Volume manufacturers have long envied the higher values enjoyed by the premium brands and put a lot of effort into lifting the quality of their products in recent years.

Vauxhall’s biggest advance so far in this respect has been with the model that has just joined our test fleet – and in Exclusiv 2.0 CDTi ecoFLEX form, the Insignia seems to be tailor-made for operators looking for a blend of high value, competitive running costs and good specification.

First impressions are that the car ticks all the right boxes with regard to efficiency and comfort and after the first 1,000 miles at the wheel, we’re impressed with its economy and relaxing cruising gait.

A strong equipment list backs up the Insignia’s imposing appearance and climate control air conditioning, cruise control, an electric parking brake and power height and four-way lumbar adjustment for the driver’s seat are all included as standard, while the load-through facility on the split-fold rear seat has already proved to be a useful practical feature.