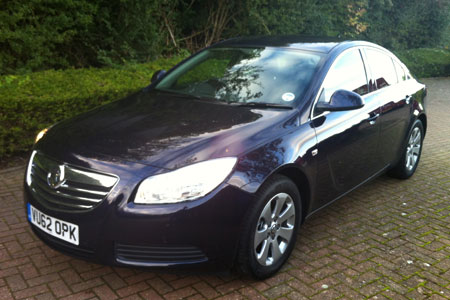 Switching back to the Vauxhall Insignia from brief stints in a Kia Ceed SW and Audi A3 brought one immediate sense of relief: the digital radio that Vauxhall fits as standard in all its cars.

Neither the Audi nor the Kia had one – indeed Kia has no intention to fit digital radios to any of its cars for the foreseeable future.

It’s a relief because I am no longer restricted to the twin choice of either Radio 2 or Radio 4 (no other analogue station fits the bill). Instead, Radio 6, XFM, NME and Absolute return to the playlist.

There are plenty of people queuing up to criticise DAB, but I value the extended choice.

I also value the Insignia’s fuel efficiency which, while below the official 62.8mpg at around 55-56mpg, still exceeds both the smaller engined 1.6-litre diesel Ceed (official 64.2mpg; reality 54mpg) and the 2.0-litre TDI A3 (official 68.9mpg; reality 53mpg – albeit after not much testing).

With a fuel cost per mile (based on the official consumption figure) of just 9.78ppm, frugal drivers reimbursed via the Advisory Fuel Rate of 15ppm stand to make a bit of money. Likewise, companies who pay for fuel used will find their fuel bill reducing, as long as drivers utilise their eco training skills.

Other valuable spec additions include the mobile phone system which instantly connects via Bluetooth and features a voice recognition that works pretty well. Receive a text message or voicemail and ask “read it” in a loud, clear voice and the system usually responds within two attempts.

It’s a useful device for company car drivers who spend a lot of their time on the road. It removes the temptation to answer the phone on hands-free while driving; instead they can hear the message and quickly make a judgment whether to pull over and return the call – the safest option, which ought to be company policy.

I mentioned a few niggles with the Insignia in my previous review. The recent cold snap has revealed another gripe. The de-mist system is a little puny. It can take a considerable amount of time to clear a fully-fogged windscreen compared to the blowers offered on other models.

Imagine, then, the amount of time - and fuel - wasted during one particularly freezing morning when the inside of the windscreen was completely iced over.

Note to self: never, under any circumstances, no matter how keen you are to get to work, start clearing the inside of the windscreen manually. I’ve since had to work the elbow grease with some cleaning fluid to remove the excessive smearing.