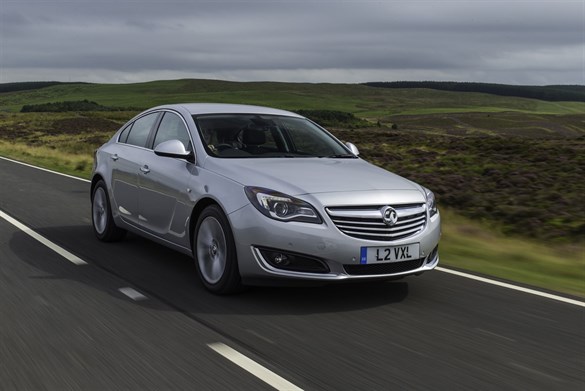 The Insignia was responsible for helping change the perception of Vauxhall with its upmarket looks and feel.

Although never quite class-leading in outright terms, it had a strong enough appeal to make its way to the top of the sector in sales terms, and has been particularly popular with fleets.

So far this year it has been the best-selling car in the mainstream upper-medium sector, and was has been top of its class for registrations for the year to date. This is in spite of P11D prices being rather higher than some rivals (although transaction prices would always be more competitive), a problem that was tackled partially with the introduction of high-value Tech Line variants in 2012.

But as the Insignia is now due a facelift, Vauxhall’s plans have become far more ambitious. Styling changes have done little to change the car at first glance, but under the bonnet and inside the car the new version is rather more impressive.

The Insignia has new engine options, with CO2 emissions from 99g/km for 120bhp and 140bhp power outputs, achieved in part by improved aerodynamics. This is an impressive feat – nine grammes lower than the Mazda6’s 108g/km. A 130bhp engine without stop/start is also available, as well as a new 163bhp version.

But unlike the current model where any advantage for drivers from lower CO2 emissions could be offset by the higher P11D prices than rivals when it comes to BIK tax and employers’ National Insurance contributions, there have been price cuts that help maximise the gain.

It’s a fact not lost on the people responsible for convincing fleet operators that the Insignia should be on their lists.

“The new Insignia family not only offers refreshed styling, new engines and cutting-edge infotainment, but also big savings for company car drivers,” said James Taylor, Vauxhall’s fleet sales director. “Against key rivals such as the Ford Mondeo and the VW Passat, company car drivers can save over £1,000 in BIK tax as well as getting more standard equipment and better fuel economy.”

The range line-up has been revised, with a simpler structure (eight equipment grades instead of the previous 14) and better equipment as standard. DAB radio, Bluetooth, electronic climate control, cruise control and LED daytime running lights are standard from the entry-level models.

The dashboard is less cluttered with simpler controls, while the instruments have a completely new layout. New infotainment options offer improved functionality, and a new centre console touchpad option – after some familiarisation – should make selecting various operations more intuitive with ‘favourites’ set as short-cuts.