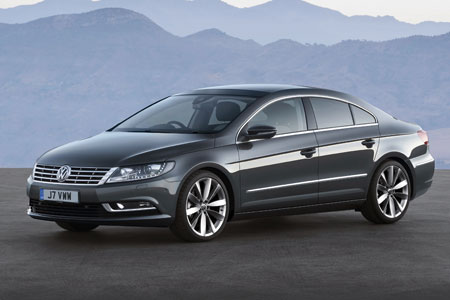 A minor name change is set to have a major impact on a plan to help Volkswagen win greater success in the premium car sector.

Officials at the German company believe that prizing the Passat badge off the back of their next ‘Comfort Coupé’ will remove a major hurdle in making the car better accepted as upper-medium executive transport.

As well as battling with the likes of the Ford Mondeo and Vauxhall Insignia, the next version of the CC promises to cut across other market sectors dominated by BMW, Audi and Mercedes-Benz, believes Volkswagen fleet director Vince Kinner.

“We discovered that prospective buyers found it hard to justify the price premium for the CC when it was described as another version of the Passat on company car lists,” he said.

“Now the CC will sit as its own model on the lists and is a serious contender that will attract user-chooser customers looking to spend larger allowances on their cars because they want something that’s fundamentally different.”

Due on sale in April, the revised model retains much of the blend of sleek styling and four-door practicality of its predecessor, but uses cosmetic changes at the front with a new grille and bumper style reminiscent of the Phaeton, Volkswagen’s limousine model.

More horizontal style lines at the rear also emphasise the car’s upmarket ambitions and the theme continues inside with a premium-feel dashboard, switchgear, fittings and trim providing quality travel. Major attention to soundproofing has resulted in whisper-quiet progress at all speeds.

The 125g/km CO2 tailpipe emissions performance of its lusty 2.0-litre, 138bhp engine is among the best in class, and the CC provides a good combination of responsiveness and comfort on the road.

But the car claimed to set new class standards also comes with advanced options that include auto-dipping headlights, driver fatigue detection, side scan and lane assist gadgetry and an automatic distance control including automatic emergency braking.

Among practical options is hands-free access to the luggage deck that needs only a foot movement under the rear bumper to open the bootlid – as long as you’re carrying the ignition key.