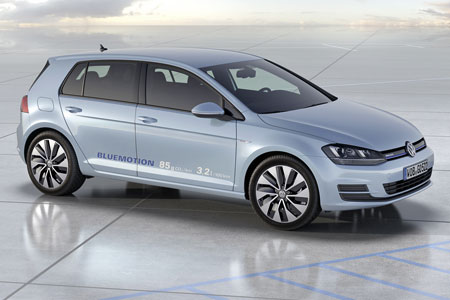 A 15% fuel economy improvement is expected to drive the most frugal version of the Volkswagen Golf to the top of the wish-list for fleet operators battling to contain spiralling motoring costs.

“Economy approaching 90mpg from a vehicle with all the practicality, comfort and safety of the Golf has to be a very attractive proposition for hard-pressed businesses and company car drivers alike,” he told Fleet News.

“Both stand to benefit from this new level of efficiency. We are very confident about the prospects for this car and are sure it will win a very warm reception.”

At the launch of its third-generation eco model, Volkswagen claimed that work to further trim the weight of bodyshell and running gear components had resulted in one of the most efficient internal combustion-powered cars yet to leave the production line.

But the hatchback drives much like any other Golf – and perhaps performs even better in some respects.

The ability to accelerate from 0-62mph in 10.5 secs means it is no slouch away from the lights and gearing revised to be even higher than before allows the car to adopt a particularly relaxing demeanour when cruising. 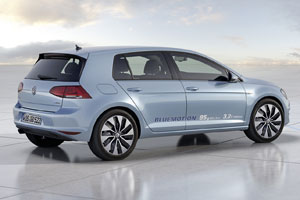 Sitting on lowered sports suspension as part of the latest modifications to reduce drag, the Bluemotion treats occupants to a supple ride despite having neat handling manners and the roadholding that promotes confidence at speed.

Like the rest of the Golf range, this model comes with stop-start and battery regeneration, but achieves its higher efficiency via a host of detail touches that include special air channels around the rear window, a spoiler on the C-pillar, partial masking of the front grille, partially closed air inlets, special underfloor panels to smooth airflow and more efficient brake cooling.

The car also uses extra-low viscosity oil and runs on tyres with a new standard in rolling resistance.

This Golf is a clear demonstration of how a quest for maximum efficiency has produced an excellent compromise between economic operation and driving pleasure.

However, even though it boasts 5bhp more than the standard S-trim 1.6-litre car on which it is based, has an extra gear and stands on alloy wheels, the BlueMotion’s 14mpg bonus in the official combined cycle comes at the hefty premium of £1,215.

That being said, the car is expected to achieve up to 3,500 registrations over the next 12 months.