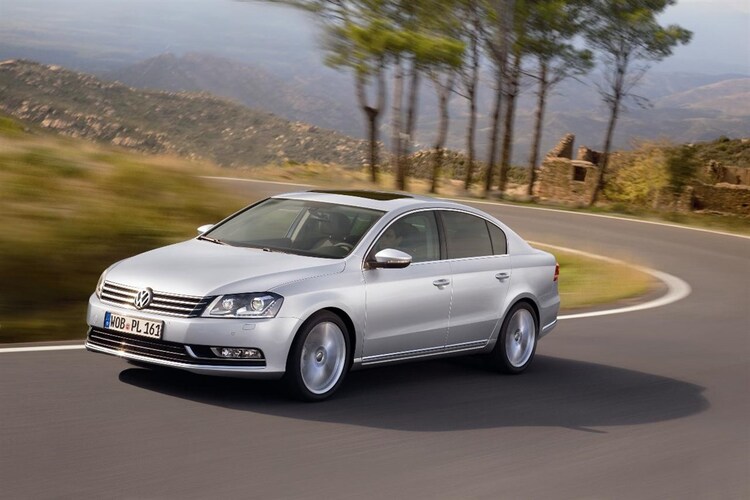 Fleet operators like to know what they’re getting when it comes to their vehicles.

So perhaps it’s justified to set aside any personal disappointment that the ‘new’ Volkswagen Passat isn’t a little more adventurous and judge it on what it offers fleets, which will make up the vast majority of its customers.

The so-called ‘seventh-generation’ Passat uses the same platform as the version launched in 2005, although with updated styling and improved fuel efficiency.

One of the advantages of relying so heavily on the previous version means saloon and estate versions are both available from the original launch date.

And Volkswagen has also taken the opportunity to add a brace of new safety equipment, some of it available in the upper-medium sector for the first time.

So while the Passat is essentially the same car underneath, the few new ingredients should make it a more desirable for drivers and fleets.

All diesels come with stop-start technology, while engines are more frugal across the board.

The Passat has inherited the latest Volkswagen family ‘face’ with added chrome – the company says the Passat now takes styling cues from the latest version of the Phaeton luxury saloon, but the value of this is moot as with very low numbers on the roads few drivers would probably even recognise a Phaeton.

But it does look like an upmarket product and has a certain elegance about it in the metal that’s absent from the photographs.

Not a great deal has changed inside, but that’s not necessarily a bad thing. The general layout and materials are similar to the previous version, with some new features around the centre stack.

Equipment levels are higher than before – all models come with iPod connectivity, multi-function steering wheel, front centre arm rest, height adjustable passenger seat, rear electric windows and an ‘autohold’ function to avoid having to fiddle with the electronic parking brake during hill starts.

Although the S grades have a higher level of equipment than before the SE has traditionally been the most chosen version, so most Passats will be fitted with the driver fatigue detection system.

At the beginning of each trip the system analyses the driver’s steering behaviour. On the move it evaluates steering angle and use of pedals. If the deviation in behaviour is significant compared with early in the trip, the driver is alerted and the dashboard display recommends taking a break.

Optional on the Passat and working in conjunction with adaptive cruise control is a collision mitigation system that can start braking the car if an obstacle ahead is detected and the driver appears not to be responding.

It can help reduce the speed of impact an potentially lessen the severity of a crash. There is also a city emergency braking function – like that offered by Volvo on S60, V60 and XC60 – which can automatically brake to a standstill from low speeds.

The Passat’s fuel efficiency is improved dramatically on petrol models. The 2.0 TDI 140 engine in the previous version of the Passat achieved fuel consumption of 50.4mpg on the combined cycle. In the new version is achieves 61.4mpg.

Volkswagen is expecting an uplift of five percentage points in residual values compared with the previous Passat, which combined with the more frugal engines and lower CO2 emissions should deliver real cost savings for fleets.

On the road no one will notice any difference from the previous version. The chassis engineers say some minor changes have been made, but it’s difficult to tell.

It’s a comfortable car to ride in, and while it might not have the engaging driving behaviour of a Mondeo or Mazda6 it can still be enjoyable to drive on twisty roads.

Verdict
The Passat might not be all new, but Volkswagen knows what’s important to its key audience in this sector, and with improvements in safety, quality and running costs, the Passat will continue to be coveted by company car drivers.