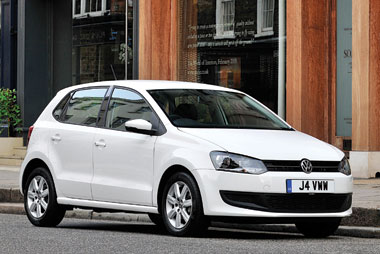 German brands are gaining in popularity with fleets, with Inchcape reporting last year that Volkswagen was top of its order bank.

And with models like the Polo it isn’t difficult to see why.

The Polo picked up a number of awards last year including Best Supermini in the Fleet News Awards. Judges even said: “The Polo is perfect for the fleet manager and driver.”

For the fleet manager, one of the Polo’s main attractions is its strong wholelife costs.

In terms of CO2 emissions the SEL 1.6-litre TDI which I tested emits just 112g/km while the 1.2-litre TDI Bluemotion comes in even lower at 91g/km.

On the road the 1.6-litre didn’t quite live up to its combined mpg figure of 65.7. The best figure I achieved on a 180-mile round trip was 55mpg while a colleague hit the 50mpg mark on a shorter journey.

It’s also arguably a more staid drive than rivals like the Mazda2.

But there’s no denying that the Polo is a solid and comfortable ride with the traditional Volkswagen build quality.

Inside there are subtle aluminium detailing strips on the fascia and good quality plastics. The range-topping SEL model has a leather-trimmed steering wheel as standard.

The model I tested came with a multifunctional leather steering wheel (£110).

The fifth-generation Polo is also more spacious than its predecessors with generous headroom.

Its appearance has also undergone some changes with the Polo now bearing a strong resemblance to the sixth-generation Golf, adding to the appeal for user-choosers who might be considering downsizing.

Polo virtues such as its solid feel and brand image will help sell the car to drivers and fleets looking for a compact and cost-effective small car.