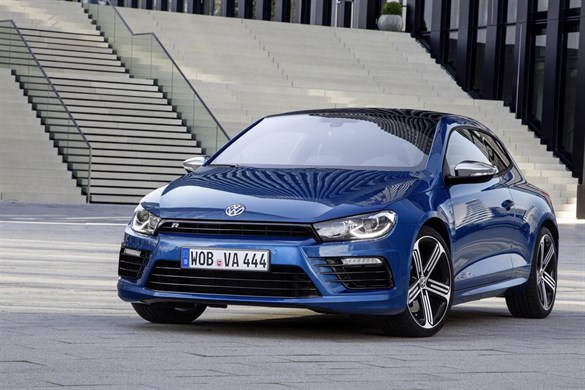 Coupés might not be particularly common on company fleets, but there are a few that can offer the right balance of desirability for perk car drivers with acceptable running costs.

The Volkswagen Scirocco is one that can often be seen wearing leasing company branded registration plates, and the current generation car has been offered with a BIK tax-friendly diesel engine since its launch in 2008.

Based on the platform and running gear of the Volkswagen Golf, the Scirocco has a broader stance, sleeker profile and more purposeful look.

And 2014 brought further changes in the 40th anniversary of the first Scirocco’s appearance at the 1974 Geneva motor show.

Although the car remains on the same platform as the sixth-generation Golf, some new technology – such as upgraded engines – are introduced.

The standard 2.0-litre diesel engine gains 10hp, now producing 150hp, but although it shares the same capacity and dimensions it comes from a new family of diesel engines, powering the latest Golf and Passat.

Styling is also enhanced to bring the car in line with the appearance of the Golf and Passat.

There are new light clusters front and rear, with all models now featuring LED rear lamps as standard. A revised front bumper features aerodynamic ‘blades’ in the outer section, like those on the Golf GTI, with integrated indicator lights, daytime running lights and fog lights. Models with optional bi-xenon headlights, have LED daytime running lights within the main headlights.

There are few changes inside the car for the latest version, although the latest Volkswagen satellite navigation systems are available, while in homage to the original Scirocco of 1974, on top of the dashboard in the centre is a pod containing three sports instrument dials: oil temperature, turbo boost pressure and a chronometer.

While you would expect less space in a coupe than a family hatchback, the rear isn’t too bad, and offers acceptable comfort for adults on shorter journeys. Luggage space isn’t too bad either, as the Scirocco retains a sleek hatchback profile rather than a true coupe – more like the Vauxhall Astra GTC than the Peugeot RCZ. While there is a minimum of 312 litres with the rear seats in place, when the 50:50-split seats are folded forward there is more than 1,000 litres available up to roof height.

The Scirocco’s smooth 150hp diesel engine might lack the ultimate grunt of the more powerful 184hp version also offered, but is feels lively and suites the car’s sharp responses.

The ride is firm, as expected, but overall the Scirocco is probably among the easiest to live with, and carries the appeal of a name with 40 years of heritage as well as the Volkswagen brand.

An unrivalled blend of performance and economy should soon be helping Audi tighten its grip on premium sector car sales in Britain.